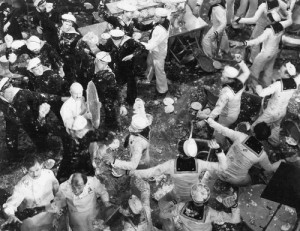 In June, we reported on a suit brought by the Grocery Manufacturers Association (“GMA”) seeking to rescind Vermont’s new GMO-labeling statute, Act 120.  As we explained in that post, the GMA argues that Act 120 is doubly unconstitutional: not only does the law violate the Commerce and Supremacy Clauses (among others) of the U.S. Constitution by placing an undue burden on interstate commerce, it also runs afoul of the First Amendment by restricting the commercial speech rights of food companies to label their products.  Those constitutional problems—combined with the pragmatic difficulty of meeting the law’s ambitious compliance deadline of July 1, 2016—renders Act 120 indefensible, according to the GMA’s complaint.

On August 8, the Vermont Attorney General’s Office responded to this opening salvo with its own, asking the district court to dismiss the GMA’s complaint in its entirety.  Totaling 50 pages, the AG’s motion provides the first definitive look at the state’s arguments defending Act 120, shedding more light on the battle to come.

So what are Vermont’s responses to the criticisms levied by the GMA?  Highlights from the AG’s argument below:

The battle lines are now drawn; the parties’ positions have come into sharper relief.  The GMA will soon have its own opportunity to try to persuade the court either that it should decide the case in GMA’s favor or let the case go forward to the fact-gathering stage.  Look for the GMA to respond not only by challenging the relatively lenient constitutional tests that Vermont proposes, but also by arguing that actual evidence—not just legal argumentation—is necessary to determine whether the labeling requirement is valid.  We will keep a close eye on this case as it develops in the coming months.