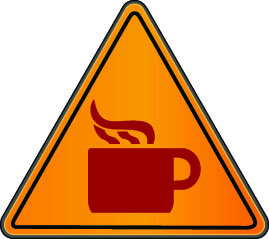 In April 2010, the Council for Education and Research on Toxics (CERT) sued Starbucks Corp. and other coffee sellers alleging they violated California's Safe Drinking Water and Toxic Enforcement Act, passed by California voters in 1986 as Proposition 65, by failing to warn consumers about carcinogens in their products as required under the act.  In July 2013, Los Angeles Superior Court Judge Elihu M. Berle denied CERT's motion for summary adjudication, saying the lawsuit would essentially boil down to a battle of experts.

Since then, the battle of the experts has continued to brew.  We are now a month into the bench trial that will culminate in Judge Berle's ruling on the three affirmative defenses asserted by Starbucks and several other defendants:

This third defense has been the battle ground for the parties' experts.  In early September, defendants called to stand two experts--a cancer expert that testified that studies show coffee consumption does not increase the risks of cancer and a toxicologist that testified that the proper way to evaluate the risk of acrylamide was by reviewing studies evaluating the impact of coffee as a whole, rather than on a chemical-by-chemical basis.

In early October, CERT responded with its own expert.  The plaintiff called to the stand Ronald Melnick, a retired NIH toxicologist, to testify that, despite defendants' assertion that other compounds found in coffee would inhibit acrylamide's carcinogenic properties, those compounds could do no such thing.

The other defendants in the lawsuit--over 70 various coffee producers and sellers--have stipulated to be bound by the result of the bench trial.  Who will be called to testify next and what will Judge Berle's ultimate decision be in this java joust?  Stay tuned for more as it develops...