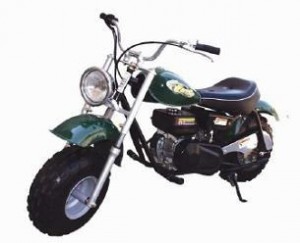 On October 28, 2014, the U.S. Consumer Product Safety Commission (CPSC) announced that Baja Inc., and its corporate affiliate, One World Technologies Inc., of Anderson, S.C., agreed to pay a $4.3 million civil penalty to resolve charges that it knowingly failed to immediately report certain defects and an unreasonable risk of serious injury involving some of the company’s mini-bikes and go-carts. To our knowledge, this is the largest civil penalty ever agreed to be paid by a company entering into a settlement agreement with the CPSC.

In this case, CPSC staff alleged that Baja failed to report immediately to the Commission that it had information which reasonably supported that certain of its mini-bikes and go-carts were equipped with: (1) gas caps which could leak or detach from the fuel tank, posing fire and burn hazards to consumers, and (2) a throttle that could stick due to an improperly positioned fuel line and throttle cable, posing a sudden acceleration hazard. CPSC staff also alleged that by the time Baja reported to the Commission, the firm had received four reports of fires from leaking gas caps and burn injuries to consumers, including a serious burn injury to a child, and two dozen reports of stuck throttles.

Along with paying the largest CPSC civil penalty to date, Baja has agreed to incorporate the following new elements into its existing product safety compliance programs to ensure the company complies with product safety standards and regulations enforced by the Commission:

Notably, Baja had product safety related programs in place. The CPSC presumably reviewed these existing programs and required the company to include additional components in order to settle the charges. This is not the first time the Commission has layered additional requirements onto a company’s existing product safety program. Companies should therefore not expect the existence of a program alone to provide immunity from this type of CPSC scrutiny in the civil penalty context.

CPSC enforcement actions, including this one against Baja and recent penalties against Williams-Sonoma (also announced last week) and Meijer, Inc. (announced in September) underscore that all retailers, manufacturers, and importers should assess their current CPSC reporting programs to ensure the proper steps are taken upon the receipt of information indicating a product poses a safety hazard.  The CPSC continues to levy high civil penalties against companies for alleged violations of the requirement to report product safety issues to the agency in a timely manner and insists on the implementation of stringent compliance programs to prevent repeats of such violations.

As this enforcement action reflects, it appears that the CPSC is going to continue seeking higher civil penalties and imposing these types of compliance program requirements. As our readers will recall, the Consumer Product Safety Act of 2008 (CPSIA) dramatically increased the range of civil penalties up to $15 million for a series of violations.  Expect this trend to continue into 2015.