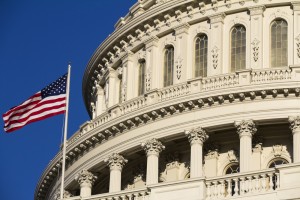 Yesterday evening, Senate Majority Leader Harry Reid (D-NV) filed cloture on the re-nomination of Robert Adler to be a Commissioner of the Consumer Product Safety Commission (CPSC).  If cloture is invoked—meaning three-fifths of the full Senate, or 60 votes, supports the attempt for cloture (assuming the "nuclear option" is not used)—the Senate will proceed to vote on the Adler nomination on or about Tuesday, December 2.  The nominee is then confirmed by a majority vote.  It is worth noting that the invocation of cloture and confirmation of Commissioner Adler is not a given in the current post-election political climate and after the President’s speech on immigration reform last night.  As our readers will recall from a previous blog post, while the Senate Commerce, Science and Transportation Committee voted Commissioner Adler’s nomination out of committee in July, seven Republican Senators reportedly voted no.

In other news from the Hill, Representative Dr. Michael Burgess (R-TX) was named Chairman of the Commerce, Manufacturing and Trade Subcommittee of the House Energy and Commerce Committee.  As many of our readers will recall, Dr. Burgess was a strong critic of the Consumer Product Safety Improvement Act of 2008 after numerous “unintended consequences” of the legislation became apparent.  Dr. Burgess’s letter on the subject to then-Chairman Henry Waxman (D-CA) and Subcommittee Chairman Bobby Rush (D-IL) can be found here.  We expect greater CPSC oversight in the next Congress from Dr. Burgess and Senator John Thune (R-SD), the likely incoming Chairman of the Senate Commerce, Science, and Transportation Committee.