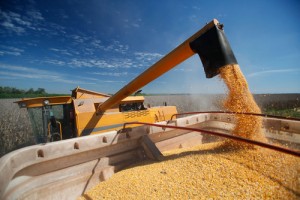 Last month, Archer Daniels Midland Co. (“ADM”) joined a slew of corn exporters and other stakeholders who have sued Syngenta based on allegations that China rejected these exporters’ products because Syngenta’s genetically modified corn seed, which contains a trait that China has not yet approved for import, was not kept separate from the plaintiffs’ products.

Syngenta’s corn seed contains MIR 162, a patented genetically modified (“GMO”) trait that may protect corn crops from insect damage.  This corn is also known as “Viptera corn.”  The ADM suit against Syngenta, which was filed in Louisiana state court on November 19, alleges that Syngenta was negligent in marketing its GMO corn.

The complaint explains that although Syngenta told the U.S. Department of Agriculture that it would put into place programs to keep the GMO corn separate from other strains so that it would not end up on ships headed for countries that have not yet approved the import of foods containing MIR 162. Syngenta has not implemented any such programs.

One major issue stemming from Syngenta’s alleged failure to isolate GMO corn is that MIR 162 has not been approved in all major export markets, including China, the world’s second-largest consumer of corn behind the United States.  Therefore, when the Syngenta seed is mixed with other corn seed during shipment, as corn in the United States is “commoditized,” or mixed together, during export, the entire lot is rejected when it reaches China because MIR 162 has not yet been approved for import.  Over the past year, China has rejected over one million tons of U.S. corn and corn products because they contained MIR 162.

ADM, which alleges “substantial economic losses and damages” due to these rejections, joins over one hundred farmers and corn exporters who have filed lawsuits against Syngenta for damages stemming from Syngenta’s failure to segregate its GMO corn seed.  For example, corn exporters Cargill Inc. and Trans Coastal Supply recently sued Syngenta for damages suffered due to China’s rejection of their corn shipments.

Additionally, groups of Midwestern farmers filed proposed class actions in Nebraska and Illinois federal courts in October 2014, in which they accused Syngenta of continuing to market and sell seeds containing MIR 162 and misleading farmers into planting this GMO corn alongside the rest of their corn crops.  In response to these prior suits, Syngenta has continually stated that these cases have no merit.  For example, in a recent conference call with analysts, Syngenta’s CFO stated that the company believes that it has complied with all laws, rules, and regulations in all of the countries in which it sells its GMO corn.

As we’ve explored in past posts, GMO foods continue to be controversial in the United States.  The ADM case is just one example of how the development and use of GMO foods in the United States can have far-reaching effects that extend beyond American consumers and legislation and into international trade.  Stay tuned for updates regarding Syngenta’s response to the ADM complaint.