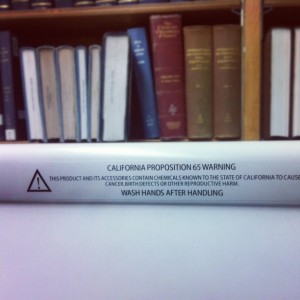 As this space has discussed, Proposition 65 has been the subject of attempts by the California Legislature to reform the enforcement of the law.

Recently, the California Office of Environmental Health Hazard Assessment (OEHHA), the lead agency for Proposition 65 implementation, has proposed new regulations to the Proposition 65 regiment.  The proposed changes to the warning text include:

A separate OEHHA rule proposal is that it will develop a website “to collect and provide information to the public concerning exposures to listed chemicals for which warnings are being provided” under Proposition 65.  The proposed rule will require manufacturers, producers, distributors, and/or importers of any product, including food, to provide specific information to OEHHA upon request on reasonably available.  This information includes the following:

Comments regarding both proposed rules are being accepted until April 8, 2015 with public hearings scheduled for late March in Sacramento, California.

What If New Rules Are Implemented?

In addition to companies being exposed to potential lawsuits alleging the failure to comply with the regulations, as well as the alleged failure to warn about chemicals of concern, an issue for companies arises during the course of negotiating supply agreements.  Most, if not all, agreements require a representation that the materials, component parts, and/or products being supplied comport with all federal and state regulations.  Manufacturers of products along the chain of distribution and assembly may find themselves in the position of making representations that they may not be able to meet.  Companies doing business in California need to keep abreast of these regulations and rule-makings in order to ensure that they do not find themselves inadvertently breaching a supply agreement.

*Update: As of January 20, 2015, the OEHHA has decided to delete the proposed change that would have not “grandfathered in” any previously approved warnings contained in court settlements and judgments.