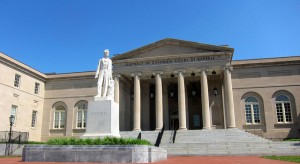 In this first post of a two-part series, we take a closer look at last Friday's decision in POM Wonderful v. FTC by the U.S. Court of Appeals for the District of Columbia, which has meaningful implications for how companies advertise their products' health benefits to consumers. The decision bolsters the Federal Trade Commission's position that, when a company makes specific claims that its products' health benefits are scientifically "established," it must have "competent and reliable scientific evidence" to substantiate these claims--specifically, at least one randomized controlled trial (RCT), the "gold standard" in the medical and scientific fields. A company relying on studies that do not meet this gold standard, like POM Wonderful, risks being charged with false or misleading advertising by the Commission.

For consumer-product companies making health claims--especially in litigation-heavy states like California--the logical next question is whether POM Wonderful somehow exposes them to liability from consumer plaintiffs if they fail to meet the standard articulated in the decision. The short answer is that it does not; POM Wonderful is not likely to "change the game" in the world of private class actions for consumer fraud and false advertising. The reason: what courts and counsel have come to call the "prior substantiation" doctrine. And it has important ramifications for how companies should view and respond to class actions brought in the decision's wake.

POM Wonderful at a Glance

To recap briefly, the D.C. Circuit upheld the Commission's determination that many of POM's advertisements touting its products' ability to treat or prevent diseases--including prostate cancer, heart disease, and erectile dysfunction--were not properly substantiated by RCTs and were therefore "false and misleading" under the FTC Act. According to the Court, the Commission had "substantial evidence" to support its "factual finding that experts in the relevant field require RCTs to support claims about the disease-related benefits of POM's products." The decision qualified, however, that "the need for RCTs [was] driven by" the specific type of claims that POM had "chosen to make." In other words, because POM's advertisements had, either implicitly or explicitly, "claimed a scientifically established, causal link between its products and various disease-related benefits," it was bound to provide a correspondingly specific degree of scientific corroboration--which, to the judges, meant at least one RCT. A less specific advertising claim about a product's benefits, by contrast, might require a lower level of substantiation short of an RCT.  The Court thus rejected POM's objection that RCTs are much costlier than other valid scientific studies, explaining that, "if the cost of an RCT proves prohibitive, [companies] can choose to specify a lower level of substantiation for their claims."

At the same time, though, the D.C. Circuit rejected the Commission's argument that POM needed "at least two RCTs" to meet the substantiation requirement. Observing that the First Amendment protects companies' rights to advertise their products, the Court found that the Commission had failed "adequately to justify a categorical floor of two RCTs for any and all disease claims." In the judges' view, "[i]f there is a categorical bar against claims about the disease-related benefits of a food product or dietary supplement in the absence of two RCTs, consumers may be denied useful, truthful information about products with a demonstrated capacity to treat or prevent serious disease." In sum, the Court upheld the Commission's order "to the extent it requires disease claims to be substantiated by at least one RCT," but reversed "insofar as it categorically requires two RCTs for all disease-related claims."

What POM Wonderful Means for Consumer Class Actions: The Double-Edged Sword of the "Prior Substantiation" Doctrine

For years now, the plaintiffs' bar has sought to "bootstrap" substantiation complaints by the Commission into false advertising suits, usually class actions, under state consumer fraud laws. Plaintiffs often argue that, if a company's advertising claim lacks "substantiation" under the Commission's standards, the onus should be on the company to prove that its product has the benefits advertised. At first blush, the POM Wonderful decision might appear to be yet another bullet in that well-worn gun, allowing plaintiffs to argue that claims not supported by an RCT are presumptively misleading.

Courts themselves, though, have almost uniformly rejected this "piggyback" approach to consumer fraud litigation. In fact, nearly every decision to address the issue has held that a claim that is "unsubstantiated" according to the Commission's standards is not inherently "false or misleading" for purposes of a consumer fraud suit. Under the "prior substantiation" doctrine, courts from California to New Jersey have ruled that consumer "plaintiffs are not authorized to demand substantiation for advertising claims." Instead, under state consumer fraud statutes, plaintiffs still have the burden to show affirmatively that an advertising claim is actually false or misleading; they cannot merely rely upon the defendant's underlying studies to show unsubstantiated claims. Even after POM Wonderful, then, the fact that a company has medical studies but not an RCT to support its health claims does not mean that class action plaintiffs can automatically win a claim of "false advertising."

That said, the doctrine of "prior substantiation" is in some sense a double-edged sword, in that a company's compliance with the Commission's substantiation requirements does not necessarily insulate it from consumer liability, either. The standard under most consumer fraud laws is whether the advertisement is misleading to a "reasonable consumer"--a yardstick that is intended to be "objective" but that proves contentious and nebulous in practice. Even when a company has an RCT to support its health claims, then, creative plaintiffs' counsel may find a way to argue that other features of a product's advertisement--such as wording, packaging, even images--create an overall misleading impression. And of course, it does not stop a plaintiff from filing that expensive lawsuit, even if not well-founded.

Of course, having at least one RCT can be powerful evidence in a class action that a health claim is not misleading. The D.C. Circuit's conclusion that a second RCT has little marginal benefit should provide some cover to companies that lack the resources for more than one RCT to support an advertising campaign. But in the final analysis, just as the lack of an RCT is not itself a fatal blow, companies should not view a supportive RCT as a "get-out-of-litigation-free" card in consumer class actions.

In the second post of this series we will discuss the implications of the D.C. Circuit's deference to the Commission and how substantive disclaimers could become a new silver bullet for alleged false advertising cases.