Earlier this month, Mintz Levin’s Hope Foster and Bridget Rohde hosted a webinar entitled “Health Care Enforcement in 2015: A Look Back on 2014 and Forecasting the Year Ahead.” A video recording of the webinar, along with an accompanying PDF, can be found below.

The webinar provides a detailed look back on the health care enforcement efforts of 2014, by focusing on three core areas:

After discussing the three areas above, the presenters provide insight into the likely trends of health care enforcement in 2015. 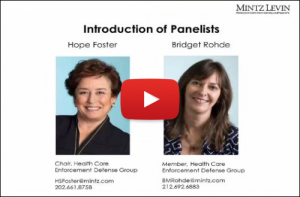 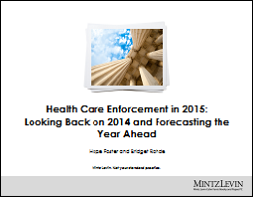