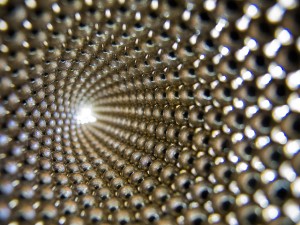 As we wrote about earlier this month, on April 1, 2015, the U.S. Court of Appeals for the Tenth Circuit (“Tenth Circuit”) temporarily stayed the effective date of “the enforcement and effect” of the CPSC’s safety standard for certain high-powered magnet sets.  Specifically, the Court stayed the safety rule pending consideration of the CPSC’s response to plaintiff Zen Magnets’ (“Zen” or “the Company”) motion to stay the rule pending judicial review.  While the temporary stay ordered by the Tenth Circuit was widely reported in the media, what followed soon thereafter – the lifting of that stay – has received scant attention.

On April 14, CPSC Responded to Zen's Stay Motion.  The Government argued that the rule should not be stayed pending judicial review because Zen could not demonstrate:

One week later, on April 20, the Tenth Circuit reversed course and lifted its temporary stay after denying Zen’s motion.  In a short, two-page order, the court found that Zen had not satisfied the four factors considered by the court in granting a stay.  As a result of the court’s order, the magnet safety rule immediately went into effect and there will be no stay on the enforcement of the rule pending the Tenth Circuit’s review of the rule itself.

Zen and the CPSC are now in the process of briefing Zen’s petition on the underlying rule.  The Tenth Circuit will likely hear oral argument on the rule itself over the coming months.  We will continue to update our readers on both this appellate litigation to review the underlying rule as well as the litigation currently awaiting a decision from an administrative law judge on CPSC's determination that Zen's spherical rare earth magnet sets pose a substantial product hazard and should be subject to a mandatory product recall.