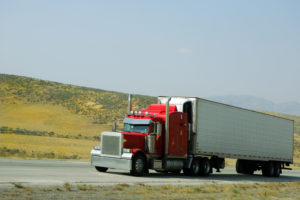 Last week, FDA finalized new food safety regulations seeking to ensure the sanitary transport of human and animal food, as required under the Food Safety Modernization Act (FSMA). The final Sanitary Transportation of Human and Animal Food Rule will affect shippers, loaders, carriers, and receivers of food transported by rail or motor vehicle in the United States. Among other sanitary controls, the rules will require that vehicles are adequately cleaned, designed to maintain safe temperatures, and operated by personnel trained in sanitary transportation practices and documentation.  Most affected entities will have a one-year compliance deadline, with smaller businesses getting an additional year.

As our readers may know, this Final Rule is the sixth of seven “foundational” rules being promulgated by the Agency under FSMA, the massive food safety overhaul law enacted in 2011.  Interestingly, unlike the other major FSMA rules, this one originated in a 2005 law called the Sanitary Food Transportation Act – Congress reminded the Agency to follow through on those mandates through a provision in FSMA.  However, many entities that regularly transport food and beverage products are likely to have already implemented internal controls based on the 2005 law and may not have too much of  a heavy lift when it comes to compliance with the new sanitary transport regulations.

(The last and seventh rule coming to us courtesy of FSMA is on track to be finalized later this spring – it’s listed as having been received by the Office of Management and Budget for regulatory review on March 10th, and those requirements for protecting food against intentional adulteration are subject to a May 2016 deadline agreed upon as part of a legal settlement between the Agency and consumer groups.)

FDA published the proposed sanitary transportation rule back in February of 2014.  It then received over two hundred comments in response – from stakeholders with diverse interests, including the food and transportation industries, consumer advocacy groups, tribal organizations, government regulatory partners, international trading partners, and others. Following a review of the public comments, FDA made several changes to its proposal, including narrowing the definition of “transportation operations” and the types of entities subject to the rule.  It also replaced a proposed requirement that all food transported in violation of the rules be deemed adulterated with language that allows food receivers to make that call.

Industry has welcomed these changes by the Agency, which have made the final rule more flexible than its draft version. In addition, FDA has exempted certain businesses from the rule, including exporters who ship food through the U.S. but do not deposit it in the nation’s distribution chain and shippers, receivers, and carriers who have less than $500,000 in average annual revenue.

FDA has prepared a useful fact sheet that summarizes the Final Rule.  In addition, the Agency is hosting a webinar to explain the requirements and answer any questions on Monday, April 25th at 11:00 am ET. Kari Barrett of the Office of Foods & Veterinary Medicine, and Mike Kashtock, the Consumer Safety Officer for Center for Food Safety and Applied Nutrition, will lead the discussion.