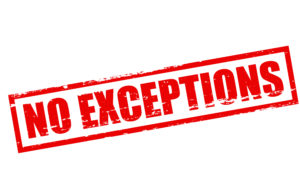 According to the Philadelphia Inquirer, CPSC Chairman Elliot Kaye announced in a meeting with consumer advocates that the agency will never again allow a company conducting a voluntary corrective action to call it anything other than a “recall.”  Last year, after the announcement of a joint CPSC-IKEA “repair program” to address a furniture tip-over hazard involving the company’s popular Malm dresser, we  asked whether the announcement indicated that the agency was possibly softening its practice of labeling every corrective action a recall.

The answer, according to Chairman Kaye, is a firm “no.”

According to the news article, the consumer advocates in the meeting questioned Kaye as to why the agency allowed IKEA to call the corrective action a “repair program” as opposed to a “recall” and why the dresser is still on the market despite not complying with the industry voluntary standard when not anchored.  The advocates argued that the continued tip-over incidents, including a tragic death that seemingly caused the agency to reopen its investigation into the Malm dresser, indicate that the “repair program” terminology did not have the same effect on the public as a “recall” would have.

Chairman Kaye apparently agreed.  Importantly, Kaye reportedly pledged that under his watch the agency will never make the same concession and will always use the term "recall."  He agreed with the advocates that the consumer awareness repair program announced by the CPSC and IKEA had been ineffective—saying there was “no daylight” between their position and his own.

Kaye also indicated that the CPSC would sue if the company did not take new “steps” to address alleged problems with the stability of the dresser.  This should serve as an important lesson to all recalling companies—the CPSC can reopen a compliance investigation and ask for a company to take additional actions if the compliance staff believes that there are sufficient grounds to deem the previous corrective action ineffective.

This reaffirmation of the agency’s policy to call all corrective actions “recalls” is significant. The announcement of this “repair program” last year provided the regulated community with a recent precedent for using different terminology where consumers are provided repair kits or cautionary labeling rather than being required to return the product. But clearly, based on the Chairman’s comments, this was a one-off exception not to be repeated again.