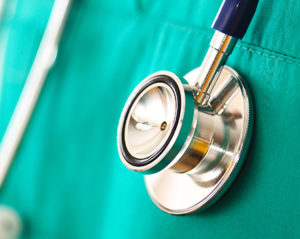 The Trump administration is considering releasing a rule to ease the burden that small practices are facing in trying to comply with the Medicare Access and CHIP Reauthorization Act of 2015 (MACRA), according to a recent report in The Hill.

By way of background, MACRA consolidates a number of existing reporting programs into a two-track system under which eligible clinicians will receive incentive reimbursement payments through either the Merit-Based Incentive Payment Systems (MIPS) or through certain alternative payment models (APMs). Under MIPS, eligible clinicians can receive incentive payment (or penalties) based on their reporting of various measures. (For a detailed discussion of MACRA and these reporting requirements, see our prior post.) Alternatively, clinicians can be reimbursed under the second track if they participate in an “Advanced APM,” which include certain accountable care organizations (ACOs) and patient-centered medical homes.

One way that practices can reduce their reporting obligations is to participate in the Advanced APM track. But providers have proven reluctant to join an Advanced APM since they require the providers to take on downside financial risk. In fact, it is estimated that up to 90% of physicians will initially be subject to MIPS. Officials in the prior administration had taken steps to make the shift to APMs more palatable by increasing the number of APMs that would qualify for the MIPS exemption. However Secretary Price, a orthopedic surgeon by training, has voice skepticism over the Center for Medicare & Medicaid Innovation (CMMI), the CMS office tasked with, among other things, formulating new APMs.

“What’s going to be interesting to see is how this administration squares Dr. Price’s view of caution in moving toward those models with the law as directed, and the goal of moving toward risk-bearing arrangements,” said Peter Fise, a senior policy analyst with the Bipartisan Policy Center, to The Hill's Lauren Clason. “Some of that may operate outside of the actual rule itself, but in the past you’ve seen CMS fold major model announcements and policy changes into a rule like this.”

One area of MACRA that the new rule could address is the concept of "virtual groups" that allow small practices to band together for purposes of reporting under MIPS. Practices are excited for virtual groups since it will allow them to share the overhead costs and logistics of reporting. But CMS postponed the implementation of virtual groups for the 2017 performance year due to their own logistical concerns. Kate Goodrich, the Chief Medical Officer at CMS, appeared to hint at the rule addressing virtual groups. “We will make proposals around virtual groups, which is something that clinicians have very much wanted,” Goodrich said at a Health Affairs panel on April 18th. “We were disappointed that were weren't able to do that in the first year,” she added.

The new rule could also delay MACRA's most onerous reporting obligations. Under MACRA, physicians on the MIPS track had to satisfy the full reporting obligations in 2017 or face a penalty.  But to the relief of many physicians, CMS' final rule allows physicians to treat 2017 as a transition year in which they only need to submit a minimal amount of data in order to escape MIPS' penalties. Some believe that this transition period could be extended. John O’Shea, a surgeon and senior fellow with The Heritage Foundation, told Ms. Clason that the likelihood that Secretary Price would extend the transition period is "a pretty sure bet."

But not everyone is on board with further delays. Many hospitals and large provider groups that will initially fall under MIPS have invested significant time and money into their reporting capabilities. Further delays could hurt their bottom line given that MIPS' budget neutrality means that the pool of bonus money will be smaller since there will be less physicians subject to penalties. Those hospitals and provider groups might take solace in the fact that many providers will be funding the bonus pool even if the transition year is extended:  according to a survey by Deloitte, 50% of physicians say they have never heard of MACRA, with an additional 32% of respondents saying they recognize the name but are not familiar with its requirements.