On November 16, 2015, the Centers for Medicare and Medicaid Services (“CMS”) published the most significant changes to the physician self-referral law ("Stark Law" or "Stark") regulations since 2008. Because this rulemaking is the fifth substantive rulemaking under the Stark Law amendments of 1993, it will likely become known as Stark Phase V.  This rule, which is part of a larger package of annual regulatory adjustments to the Medicare Physician Fee Schedule, contains important changes that clarify or ease the burden of existing exceptions, solicits comments on new exceptions in light of health care reform, and introduces two new exceptions.

For a more detailed analysis of the impact of these changes, please see our Client Alert.

With Phase V, CMS seeks to reduce a number of regulatory compliance burdens that have plagued Stark.

CMS concluded that there is substantial uncertainty in the provider community as to what exactly is required by the writing requirement that is found in a number of Stark exceptions. In particular, CMS is often asked whether an agreement must be reduced to a single formal contract. Phase V clarifies that a single formal written contract is not required and that contemporaneous documents evidencing the course of conduct between the parties may be sufficient to satisfy the writing requirement. CMS has revised the wording of various exceptions to clarify this position, by, for example, substituting the word "arrangement" with "agreement."

A number of Stark exceptions require that the duration of the arrangement in question be at least 1 year. CMS concluded that there is confusion as to how to meet this requirement. Phase V clarifies that a formal agreement specifying a 1 year term is not necessary. Rather, an arrangement that lasts as a matter of fact for at least 1 year will be sufficient.

Existing Stark regulations include a special provision to permit arrangements involving temporary noncompliance with an exception's signature requirements. The regulations require an analysis of whether the reason for noncompliance is inadvertent: if so, parties have up to 90 days to obtain signatures; if not inadvertent, the parties only have 30 days. Phase V eliminates this distinction and instead applies a blanket 90 day window to obtain the necessary signatures in all cases. CMS also clarifies that it does not expect every document in a collection of documents to bear the signature of one or both parties.

The Stark Law creates a specific "carve out" from the definition of "remuneration" (i.e., things that are not remuneration) for items, devices, or supplies that are "used solely" to collect, transport, process, or store specimens for the entity providing the items, devices, or supplies, or to order or communicate the results of tests or procedures for such entity. With the disjunctive “or”, there has been confusion, particularly with laboratory and pathology providers and their customers, as to whether the exception applies if an arrangement involves one or more of these specified uses, but no other purpose.  CMS reiterated its existing policy that as long as the arrangement is used for “one or more” of these statutorily exempt purposes, but solely for these purposes, the exception still applies. Phase V also clarifies potential confusion regarding so-called "split bill" arrangements where a physician makes use of a provider’s resources (e.g., exam rooms, supplies) to treat the entity's patients, but bills for his own professional services, with the entity billing its technical fee.  In the commentary to Phase V, CMS clarifies that it does not believe that such an arrangement involves remuneration between the parties because no benefit is given to either party.

Phase IV of Stark limited the SITS doctrine so that only physicians with an ownership or investment interest in their physician organization ("PO") (aside from physicians with mere titular ownership or investment interests) were deemed to stand in the shoes of their PO. (Physicians without an ownership interest can voluntarily elect to stand in the shoes of their PO for purposes of determining compliance with the Stark Law.) Stakeholders have inquired to CMS whether, when applying SITS to the Stark exceptions, the only “parties” to consider are the physicians with ownership or investment interests in the POs, and not all physicians. That is, does the referral analysis apply only to the narrow group of physicians to which SITS is deemed to apply?  Phase V clarifies that CMS did not intend for Phase IV to narrow the scope of referrals and other business generated when SITS applies. However CMS does acknowledge that only physicians to which SITS applies are considered parties to the arrangement for the purposes of the signature requirements of the applicable exceptions.

In its Final Rule, CMS acknowledged the rapidly changing landscape of health care reimbursement. These changes are due in no small part to alternative payment models ushered in by the federal government, such as the Medicare Shared Savings Program for accountable care organizations (“ACOs”), and other care delivery and payment models sponsored by the Center for Medicare and Medicaid Innovation. These initiatives, and the integration that they require between health care entities, such as hospitals and physicians, trigger concerns that participation in such initiatives could run afoul of existing fraud and abuse laws. To mitigate these fears, and encourage ACO participation in the MSSP, CMS and the Office of Inspector General released a final rule on October 29, 2015, updating the 2011 MSSP waivers in certain circumstances.  These waivers, however, do not apply to the many other CMMI initiatives by CMS. Further, providers may be in a precarious situation when participating in, for example, an ACO run by a private payor. This is because, in CMS’s view, the financial arrangements between the parties that result from participation in these models must satisfy the requirements of an applicable Stark exception to avoid Stark’s referral and billing prohibition for Medicare beneficiaries. Since the waivers do not apply outside of the MSSP, providers are left in an awkward situation where they are participating in a non-federal program while at the same time facing exposure under federal fraud and abuse laws, all without the protections afforded to the similar federal programs.  In the commentary to Phase V, CMS indicates that it continues to analyze these issues. CMS also discusses its future role in issuing two separate reports related to fraud and abuse and gainsharing laws.

CMS uses Phase V to help address the growing shortage of primary care and mental health professionals by creating an exception for compensation paid to nonphysician practitioners. This exception will allow hospitals, federally qualified health care centers (“FQHCs”) and rural health clinics (“RHCs”) to provide remuneration to physicians in order to assist the physicians in compensating NPPs. The exception contains typical requirements found in other exceptions, including  requirements that the arrangement be in a signed writing, and that the compensation be fair market value, and not conditioned on or take into account referrals or other business generated between these parties. Importantly, the exception is limited to situations where “substantially all” of the NPPs services are for primary care services or mental health care services. CMS also places restrictions on the total amount and duration of the remuneration. Finally, the NPP may not have, within one year of the commencement of the compensation arrangement, practiced in the geographic area.

CMS uses Phase V to address several areas of Stark that require clarification or clean up in the regulatory text. These changes include: 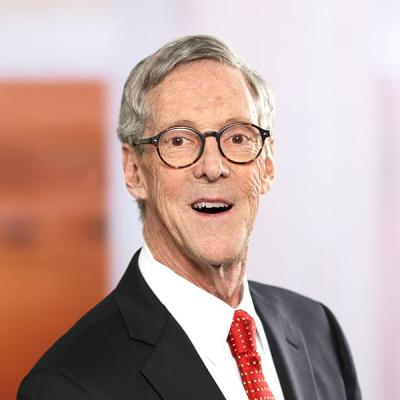