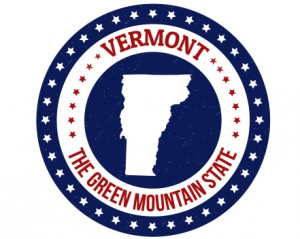 As we've explored in past posts, Congress is currently considering a bill that aims to harmonize the patchwork of state efforts at regulating GMO labeling by placing such regulation firmly within FDA's jurisdiction. Dubbed the Safe and Accurate Food Labeling Act (H.R. 4432), this bill would give FDA exclusive authority to regulate the labeling of products containing GMOs, effectively preempting state legislation in this field.

This past Wednesday, the House Energy and Commerce Committee held a hearing to consider that bill as well as the broader question of whether and how the federal government should regulate GMO labeling. Members of the Committee heard testimony from six witnesses on both sides of the debate over the course of three hours.

On the side against GMO labeling, perhaps the most influential witnesses were Michael Landa, the director of FDA's Center for Food Safety and Applied Nutrition, and Tom Dempsey, the President and CEO of the Snack Food Association. The most notable voice on the other side: Representative Kate Webb of Vermont, the only state to have passed a GMO labeling law that does not depend on other states to act before going into effect. The contrasting testimony from these witnesses vividly illustrates the poles of this debate, and the questions posed by the Committee give a meaningful glimpse into the factors that may motivate Congressional action.

More highlights from the hearing below:

By the end of the panel, the growing consensus among the Committee members was that a uniform system of national regulation--whether for or against GMO labeling--was preferable to a "patchwork" of potentially inconsistent regulations by different states. What form that national standard will take, however, remains to be seen. We will continue to monitor the status of the Safe and Accurate Food Labeling Act, as well as other developments in the field of GMO regulation.