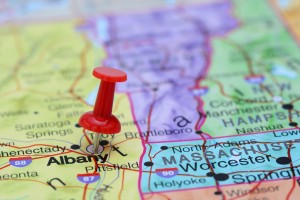 Do local governments, such as town councils and county legislatures, have a role in regulating consumer products that is typically reserved for the federal and state governments?  Apparently, the legislature and executive of Albany County, New York believe that they do.

Every so often, local jurisdictions get out in front of federal and state legislators and/or regulators on consumer product safety matters.  For example, certain cities (Chicago) and counties (Suffolk County, NY) banned bisphenol A (commonly referred to as “BPA”) in certain children’s products before federal regulators addressed the chemical’s use in baby bottles and sippy cups in 2012.  Chicago also banned the sale of certain crib bumper pads in 2011.

Albany County’s Department of Health will have the power to promulgate rules and regulations in order to implement the law as well as enforcement authority.  Presumably, those regulations, if written, would and should provide manufacturers and retailers additional details regarding the scope of products covered by the law, levels at which the listed chemicals are banned, and how those levels are measured.  Violators of the law are subject to monetary civil penalties (i.e., initial violation is $500; subsequent violations are $1,000 each).

The effect of this local ordinance on businesses is yet to be seen and issues will certainly arise in its implementation and enforcement.  The law ostensibly covers hundreds of thousands of children’s products that are legal to sell in other jurisdictions, including Albany’s neighboring counties.  Some have questioned publicly whether, practically, the county has adequate resources to enforce such a law and have also wondered how the county will go about testing the children’s products to determine whether they comply with the law.

It is worth noting that the New York State Legislature considered similar product safety legislation in 2013 and 2014, but the proposed legislation failed to pass both the State Assembly and State Senate.  In the meantime, Local Law J will become the law of Albany County at the beginning of 2016.  Other counties in New York, including Westchester County, are considering similar legislation.

While the motive behind enacting such a local law -- ensuring and enhancing the safety of children’s products -- is a noble one, the law’s implementation could cause confusion and may end up becoming an example of why product safety regulation is best left to the federal, and in some cases, state governments.  Nevertheless, Albany County’s local law is one recent example of why businesses selling consumer products must not only pay close attention to international, federal and state product safety laws, but also laws enacted by local jurisdictions.