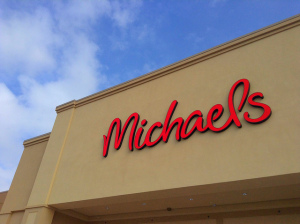 For the first time in recent memory, the Department of Justice (DOJ) and Consumer Product Safety Commission (CPSC) jointly announced the filing of a lawsuit in federal court for the imposition of a civil penalty and injunctive relief for violation of the Consumer Product Safety Act (CPSA). The lawsuit is against arts and crafts retailer Michaels Stores and its subsidiary Michaels Stores Procurement Co. Inc. (collectively, “Michaels” or “the Company”)  for failing to timely report a potential product safety hazard to the CPSC. Unlike other CPSC civil penalty actions involving DOJ, this penalty does not already have a negotiated consent decree in place and it appears that the case could be fully litigated.

The complaint alleges that Michaels knowingly violated the CPSA by failing to timely report to the CPSC that the glass walls of certain vases were too thin to withstand normal handling, thereby posing a laceration hazard to consumers.  According to the complaint, multiple consumers suffered injuries, including nerve damage and hand surgeries, from 2007 to late 2009.

Michaels allegedly did not report the potential defect to the Commission until February 2010.  Of course, we only know one side of the allegations, and Michaels will respond to those allegations in the coming weeks. The Company did state that “it believes the facts will show it acted promptly and appropriately.” 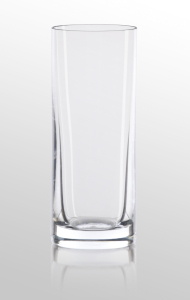 Notably, the complaint also alleges that when Michaels filed an initial report with the CPSC in 2010, it provided “only the limited information required to be furnished by distributors and retailers” under the CPSA.  However, and critically, as the complaint sets forth in more detail, manufacturers—whose definition under the CPSA includes importers of record—are required to provide more information to the Commission than retailers.

According to the government, Michaels’ report conveyed the false impression that the Company did not import the vases, even though the Company was the importer of record and thus was required to submit significantly more information as the manufacturer of the vases.  The lawsuit alleges that Michaels made this misrepresentation in order to avoid the responsibility of undertaking a product recall.

As for the remedy, the government is seeking a civil penalty (in an unidentified amount) and various forms of injunctive relief, including the enactment of a stringent compliance program to ensure future compliance with CPSC reporting obligations.  This requested relief is similar to what the CPSC has required in almost all civil penalty agreements with other companies over the past few years.

As we have previously stated, we expect the Commission to remain active in 2015 in bringing enforcement actions against companies for violations of the CPSA and other safety statutes.

We will watch this case closely and update our readers on any noteworthy developments.