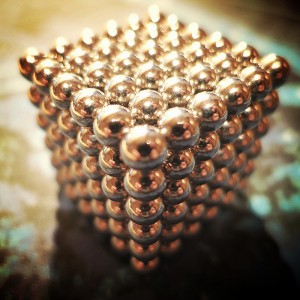 Over the past year, we have blogged about the CPSC’s rulemaking process to regulate high-powered magnet sets via a safety standard as well as the administrative complaints brought by the agency to force multiple companies (e.g., Buckyballs and Zen Magnets) to recall certain magnetic products deemed to be defective by CPSC staff. In a major development that could potentially affect both, last Wednesday (April 1), the U.S. Court of Appeals for Tenth Circuit (“Tenth Circuit”) issued an order temporarily staying the “enforcement and effect of the Safety Standard for Magnet Sets…until further order of the court.” Given the infrequency of such stays, and publicity surrounding both the regulation of these magnets and administrative litigation over whether the magnets should be recalled, this recent news is very noteworthy.

Zen Magnets (“Zen” or "the Company"), who has refused to voluntarily recall its spherical rare-earth magnet sets ("SREMs") at the request of the CPSC, filed with the Tenth Circuit last December a petition for the court to review the final magnets rule. The CPSC’s final rule establishes safety requirements for these rare earth magnets. However, the practical effect of the rule is a ban on the sale and/or distribution of these products. Last week, on April 1, the date the rule went into effect, the Company filed a Motion to Stay (“Motion”) the enactment and enforcement of the agency’s rule.  Three hours later, the court granted the Motion.

The Tenth Circuit’s stay of enforcement of the rule pending review is significant. Courts typically do not grant motions to stay the enforcement of a final agency rule while reviewing challenges to the rule itself. In fact, litigants seeking a stay of a final agency rule must convince the court that the following factors considered weigh in their favor:

Nevertheless, in its Motion, Zen argued primarily to the Tenth Circuit that the Commission relied upon fundamentally flawed data related to the number of injuries caused by the regulated magnets.  Zen’s overarching argument regarding alleged injuries caused by the banned SREMs is that the Commission’s data and methodology included incidents from all magnet ingestions, not just SREMs.

According to Zen, the CPSC’s methodology must be flawed because it projected a similar number of incidents involving SREMs using data from 2006-2009, which is before SREMs were actively being sold in the U.S. Zen also argued in its brief that the Commission did not give proper weight to the public’s need for such magnets, including the public’s use of the magnets for educational and artistic purposes, and that the Commission cannot show by substantial evidence that the final magnets rule is reasonably necessary to eliminate or reduce an unreasonable risk of injury.

Zen’s most persuasive arguments for the temporary stay, however, potentially had little to do with the substance of the rule itself. Instead, the court could have mainly considered the other three factors it must weigh and Zen’s arguments that the company likely would permanently cease operations if the rule went into effect, there would be no harm directly to the opposing party (the CPSC), and the risk of harm to the public interest is low.

The court has given the Commission until April 14 to respond. If the Commission’s recent brief filed in the administrative litigation against Zen provides any indication of how the Commission will respond to Zen’s Motion in the Tenth Circuit, we should expect the Commission to stand by the injury data and methodology used to support the enactment of the magnets safety standard in the first place. In that brief, the Commission argued that it demonstrated by a preponderance of the evidence that their epidemiologist’s testimony “is a valid projection of 2,900 estimated yearly SREM ingestions.”

In any event, the practical effect of the Tenth Circuit’s stay is that the SREM ban will not take effect or be enforced until the Tenth Circuit can at least consider the CPSC’s response concerning the stay order, which is due on April 14.  Whether anything can be read into the decision, which did not provide any reasoning, regarding the court's opinion on Zen's likelihood of success or if the court's decision was based primarily on consideration of the likelihood of harm to the public versus the harm to Zen, is anybody’s guess (see Zen’s analysis here).

We will continue to update our readers on both this appellate litigation to review the underlying rule as well as the litigation before the CPSC administrative law judge to deem SREMs substantial product hazards and order a mandatory product recall.