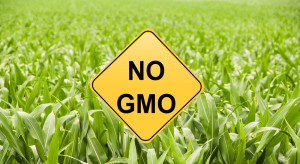 On Friday, Federal Magistrate Judge Mark D. Clarke partially dismissed a lawsuit brought by commercial alfalfa farmers seeking to overturn a Jackson County ordinance that banned the use of GMO seed stock (“It is a county violation for any person or entity to propagate, cultivate, raise, or grow genetically engineered plants within Jackson County.”).  The farmers claimed that the anti-GMO ordinance, which voters approved overwhelmingly last May and is set to take effect on June 5th, was prohibited by Oregon's Right to Farm Act because it violated their right to farm.

According to the Judge, while the state's "right to farm" law prohibits ordinances and lawsuits that treat a common farming practice as a trespass or nuisance, it does not protect activities that harm commercial agriculture.  The harm here, as argued by defendants, was the potential tainting of organic crops resulting from cross-pollination from nearby commercial GMO-crop farms.  "While farming practices may not be limited by a suburbanite's sensitivities, they may be limited if they cause damage to another farm's crops," Judge Clark said.  "Farmers have always been able to bring claims against other farmers [under the Right to Farm Act] for practices that cause actionable damage to their commercial agriculture products," and the Jackson County ordinance simply "serves to prevent such damage before it happens," he said.

The judge also found that state lawmakers intended to permit the Jackson County GMO ban because they expressly excluded the ordinance from a 2013 statewide bill that preempted other local governments from regulating GMO crops and reserved such regulatory power for the state.  Specifically, the GMO preemption bill--passed during a special session of the Oregon Legislature in September 2013--includes an exemption for any ordinance that had qualified for the ballot before January 2014 and would be voted on in May 2014, an exemption the Jackson County ordinance falls squarely within.

While Judge Clark's ruling grants partial summary judgment as to plaintiffs' "right to farm" law claims, their claim seeking $4.2 million in compensation from Jackson County--incurred as a result of the forced removal of about 300 acres of GMO-seed alfalfa crops--remains alive.  (More later on the financial implications of GMO policy.)

Nevertheless, the anti-GMO faction views the decision as a big win, and is gearing up to defend the decision before the Ninth Circuit Court of Appeals upon plaintiffs' likely appeal.  The decision, though limited to a county-level ordinance, could have broader effects, as so many GMO-related laws are facing similar challenges in states and counties across the country (see, e.g., our post about the GMO legislation landscape from last week).