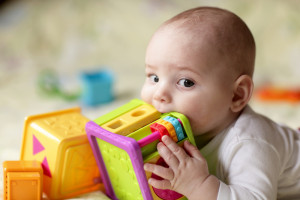 Earlier this year, we wrote about a far-reaching product safety ordinance enacted into law in Albany County, NY (the “County”) entitled “The Toxic Free Toys Act.” At the time, we expressed our concern that numerous issues would arise in the local law’s implementation and enforcement, particularly with respect to those provisions in direct conflict with the federal Consumer Product Safety Improvement Act of 2008.  Not surprisingly, in mid-April, a coalition of consumer product associations filed a lawsuit in federal court to challenge the law.

The “Safe to Play Coalition” argued in its Complaint that the Albany County law is pre-empted by both the federal Consumer Product Safety Act (CPSA) and Federal Hazardous Substances Act (FHSA), which regulate the same children’s products that are covered by the ordinance. The coalition asserted that Congress enacted both of these federal laws to ensure nationwide, uniform standards would govern the safety of children’s products rather than a patchwork of state and local regulations.

Rather than answer or move to dismiss the Complaint, in mid-May, the County joined with Plaintiffs in seeking a stay from the court of the proceedings to allow the County time to promulgate regulations implementing the law. The County stated that it expected to complete the regulations by November 1, 2015, and the parties agreed not to litigate until Plaintiffs had a chance to review those regulations to determine whether they should continue with the lawsuit. In any event, the County agreed not to enforce the law (scheduled to take effect in January 2016) or any regulations implemented pursuant to it until six months after any court decision or order on the preemption issue or appellate order. On May 15, the Court granted the requested stay of the proceeding.

Despite this litigation and publicity surrounding the law, much of it negative, other New York counties including Suffolk, Duchess, and Onondaga continue to consider, and in the case of Westchester County enact, similar local “children’s product safety” laws. For the same reasons stated in our initial blog post on this subject, we believe that while the motive behind such laws is well-intentioned, these ordinances tend to create confusion and cause more harm than good, particularly adverse economic ramifications. Product safety regulation is best left to the federal government, and in some cases, state governments. Ironically, just a few months after Albany County had passed its ordinance, the New York State Assembly passed the “Child Safe Products Act” (A5612) which also seeks to regulate “toxic chemicals” in children’s products by requiring New York State to publish a list of toxic chemicals, require disclosure of their use in children’s products, and eventually ban their use. Should that state bill become law, the parties to the litigation may need to address that as well should the case proceed.