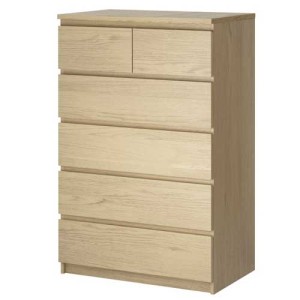 Yesterday the CPSC and major furniture company IKEA jointly announced a “repair program” to address the serious and complex hazard of furniture tip over posed by 27 million chests and dressers sold by the company. The repair program offers free wall anchoring repair kits so consumers can secure the chests and dressers to the wall to reduce the likelihood of a tip-over incident (more background on furniture tip over and wall-anchoring here).

If you weren’t looking for it, then you could have easily missed that the announcement did not contain the word “recall.” Nor was it included in the CPSC’s recall announcement list (though it is currently listed as a “recall” on saferproducts.gov).

The fact that many people probably didn’t catch the fact that the corrective action was not called a "recall" goes right to the core of an argument made by the regulated community over the past few years: not every voluntary corrective action must or should be called a “recall.” For example, there may be important safety actions and programs undertaken that may not be strictly required under the law but nonetheless are in the public interest. Even legally required actions are often not strictly a “recall” but another form of corrective action—such as a repair.

In 2013, however, the CPSC proposed to formalize its practice of insisting that every “corrective action” should be labeled a “recall.” Since that time, and for a number of years prior, every corrective action publicized by the agency has, in fact, been labeled a recall. In explaining the rationale behind the proposal to formalize this practice in the controversial “voluntary recalls” rulemaking, the agency stated:

It remains to be seen how and if the CPSC will soften its policy regarding the labeling of corrective actions or whether this repair program is a not-to-be-repeated exception for reasons only the CPSC and the company will ever know. At the very least though, it does offer hope to companies that there are at least some situations in which the CPSC can be persuaded that a corrective action should not be labeled a recall.

Update (July 24, 2015): Saferproducts.gov no longer lists this corrective action as a "recall."