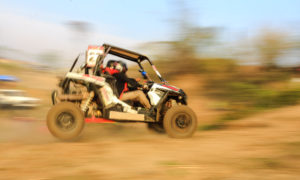 The CPSC planned to issue a final rule for ROVs in 2016 that would address vehicle stability, handling, occupant protection, and other safety concerns. The ROV industry opposed the CPSC’s rulemaking effort based on data gaps it believed belied the proposed rule and the desire for the safety concerns to be addressed through the voluntary standards process.

After lobbying from the ROV industry, Congress included a policy rider (a modification of previously introduced legislation called the RIDE Act) as a part of the 2016 omnibus bill. The statutory language included in the rider prohibits CPSC from finalizing its ROVs rulemaking until the National Academy of Sciences, the National Highway Traffic Safety Administration (NHTSA), and the Department of Defense complete a study to determine:

The requirement for this study to be completed is now law and the CPSC (and three other government agencies) must take the time and spend the resources to conduct the study should the CPSC desire to finalize its ROVs regulation. The alternative route, of course, is for the CPSC and the Recreational Off-Highway Vehicle Association (ROHVA) to reach a resolution in the form of a new voluntary safety standard. The CPSC and the Recreational Off-Highway Vehicle Association (ROHVA) have been at odds in recent years about the efficacy of the current voluntary standard for ROVs but, based on the most recent letter sent to ROHVA by CPSC, the two parties appear to be closer to reaching an agreement.

Given the new hurdle erected by Congress for finalizing the agency’s rulemaking, and the recent developments with the voluntary standard, it is unclear whether the CPSC will make the significant investment of time and resources to move forward with the newly required study and continue its rulemaking efforts. The direction of the agency will be clear, however, once the Commission considers and votes on the CPSC’s 2016 Operating Plan early next year. As a part of that voting process, the Commissioners will have to decide whether to dedicate resources to initiate the new required study and continue the work of CPSC staff on the agency’s ROVs rulemaking or scale back the planned resource commitment for 2016 and mainly focus on continuing the agency's ROV related efforts in the voluntary standards arena.