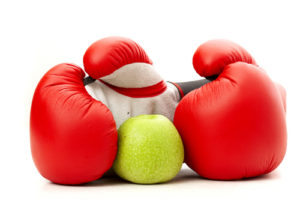 We have blogged regularly about the plethora of litigation, largely centered in California, focused on the labeling of food, beverage, cosmetics, and consumer goods. Nationwide, consumers are demanding more information from manufacturers and retailers of these goods, and companies in the relevant industries seem ready, willing, and able to provide that information.  This is evidenced by many companies voluntarily going above and beyond what is required by the agency overseeing its products, as well as the GMA’s recent announcement of the SmartLabel™ Initiative, which will provide ready access to detailed product ingredient information.

Even government agencies seem to be more engaged in how that information should be provided.   For example, the USDA Biobased Program specifies what standards must be met for use of the BioBased seal, and FDA finally expressed an interest in defining “natural.”  Just when it seemed we may be getting somewhere, the California Supreme Court jumped into the middle of the fray and threw another wrench into the cog, saying that California’s broad consumer protection laws can be used as an enforcement mechanism for determining whether there is misuse of the term “organic,” despite federal regulations governing this space.

As background, in 1990 Congress enacted the Organic Foods Act in an attempt to provide conformity to the use of the word “organic” in product labeling, since the 22 states that had implemented regulations had different standards.  The Act gave authority to USDA to issue regulations, and specifically allowed complementary (and even more stringent) state standards if approved by USDA. USDA issued its final rule implementing regulations, providing the federal definition of “organic,” a certification process for ensuring that a product met the organic standard as established, and a complaint mechanism for consumers to challenge USDA’s designation of a product as organic.

Now the problem – neither the Act nor USDA specifically stated whether state consumer deception laws could be used as an enforcement mechanism when a private party perceived a problem with the use of “organic” in a label.  Enter Quesada v. Herb Thyme Farms, Inc., where Plaintiffs sued Herb Thyme Farms under the usual trio of California consumer protection laws (Consumer Legal Remedies Act, Unfair Competition Law, and False Advertising Law), alleging that the company mixed organically grown herbs with conventionally grown herbs but labeled the resulting combination as organic and charged a premium. Herb Thyme Farms said Plaintiffs’ claims were preempted under the Act due to the complaint mechanism for consumers to challenge USDA’s designation, and argued that it was improper for “a lay jury, applying a ‘reasonable consumer’ standard, to enjoin and hold [it] liable for damages for doing exactly what the USDA, applying its expertise and investigatory oversight, has authorized [it] to do.”

On Thursday, the California Supreme Court overturned the lower court and said not so fast.  Taking a very narrow reading of the Act, it found that “on the subject of state consumer-deception laws of general application, the text of the Organic Foods Act offers only silence,” and that federal preemption is limited to issues of the definition and certification of organic, not deception.

Now, even with the progress that appears to have been made in this space, expect even more lawsuits accusing companies of deceptive advertising.