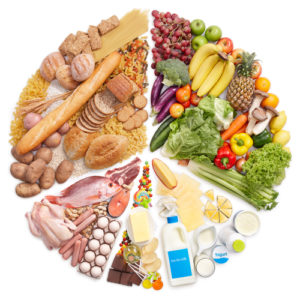 The latest salvo in the legislative food fight over genetically engineered (GE) ingredients came from the Senate, where Agriculture Committee Chairman Pat Roberts (R-KS) has introduced a bill that would instruct the Secretary of Agriculture to create a voluntary food labeling standard for bioengineered foods. Perhaps most importantly, this voluntary federal standard would preempt conflicting state laws, including Vermont’s that requires GE labeling starting on July 1st of this year. Roberts’s bill also proposes that the Secretary launch an educational campaign touting the economic, nutritional, humanitarian, and scientific benefits of biotechnology. Although the bill is still in draft form, it’s slated for an Ag Committee mark-up next week.

Shortly after the bill was introduced, it was swarmed with public comment from outside Congress. With little exception, food growers and distributors are praised the bill while consumer and environmental groups panned it. The bill’s proponents applaud its uniform labeling standard, which, they say, would save consumers money on their groceries, spare companies from having to comply with a patchwork of state laws, and refute the misconception that foods containing GE ingredients are unsafe. The bill’s opponents argue that it would deny consumers basic information about their food that they are entitled to know. In a letter that did not specifically mention Senator Roberts’s legislation, leaders from the Vermont Statehouse urged their congressional delegation earlier this week to save their state’s GE labeling law.

Inside of Congress, the bill’s reception was more muted. Senator Debbie Stabenow (D-MI), the ranking member on the Agriculture Committee, welcomed the committee to address GE food labeling but expressed opposition to Roberts’s draft legislation.  Also gearing up to challenge the bill is longtime supporter of GE labeling Vermont Senator Bernie Sanders (I). However, Chairman Roberts now has the support of Secretary of Agriculture Tom Vilsack, who not only endorsed a federal labeling standard but said USDA may craft one itself if Congress does not pass something this year. Sanders’s counter-offensive could influence some Democrats who may be on the fence when it comes to supporting the Roberts bill.  But Roberts likely will garner at least some Democratic support, as did his fellow Kansas Republican, Representative Mike Pompeo, who introduced a similar GE labeling bill in the House.  Last July, 45 House Democrats voted in favor of the Pompeo bill.

Nonetheless, despite strong disagreement over the merits of GE labeling, it is clear that both sides in this fight appreciate the stakes. At least 75-80% of food products in the U.S. contain some amount of GE ingredients. Even if a fraction of them become subject to mandatory labeling requirements, food processing and consumption patterns could change dramatically. But, this change may not be far off. Barring federal action, Vermont’s law takes effect in four months, and the enactments of similar laws in Connecticut and Maine that are conditioned to take effect if and when nearby states pass them, could soon follow. With the clock ticking, Congress needs to decide whether and how to act on this issue.