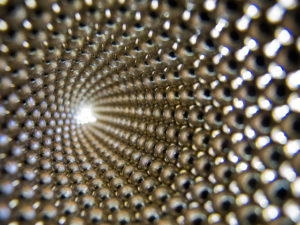 On March 25, 2016, Administrative Law Judge Dean Metry found that the U.S. Consumer Product Safety Commission ("CPSC") case counsel did not prove that high powered, small rare earth magnets (“SREMs”) (1) are defective as sold by Zen Magnets ("Zen"); and (2) constitute a substantial product hazard when sold with appropriate warnings, including proper age recommendations (click here for decision and order).  Judge Metry concluded that because the SREMs are not designed, manufactured, or marketed for play to children under fourteen, the proper and intended use of Zen creates no exposure to danger, such as ingestion by small children.  Judge Metry did rule, however, that Zen needed to recall a small number of magnets that did not contain sufficient warnings or were marketed for ages twelve years and older.

In response to the decision, Shihan Qu, Zen's founder said:

"The outcome of the administrative adjudication . . . is in, and common sense has prevailed. This represents first and only administrative review of the merits of the CPSC's claims regarding SREMs. [This] represents 90% victory, and 10% recall. For the CPSC, this is a huge loss: it's the first time a CPSC administrative action has been challenged in court since 2001."

Despite Zen’s claim of “90% victory,” the litigation at the CPSC is far from over.  Subsequent to Judge Metry's decision, CPSC lawyers litigating the case filed a Notice of Intent to Appeal to the full Commission.  The Commission’s ability to essentially review the record de novo and adopt, modify, or set aside Judge Metry’s findings of fact and conclusions of law raises interesting questions given the history of the Commission with respect to these magnet products.

Under the CPSC’s regulations for adjudicative proceedings:

“The Commission shall consider the record as a whole or such parts of the record as are cited or as may be necessary to resolve the issues presented and, in addition, shall to the extent necessary or desirable, exercise all the powers which it could have exercised if it had made the Initial Decision.”

Furthermore, in rendering a final decision:

“The Commission shall adopt, modify, or set aside the findings, conclusions, and order contained in the Initial Decision, and shall include in its Final Decision a statement of the reasons for its action and any concurring or dissenting opinions…”

In other words, the ALJ is essentially acting as a magistrate whose “recommendation” (i.e., “Initial Judgment”) to the full Commission can be adopted, modified, or overruled as the Commission sees fit—without any deference to the administrative law judge’s initial findings of fact or conclusions of law.  With a single vote, the Commission can substitute its opinion for Judge Metry’s.

As to what the full Commission may do, it is important to remember that the Commission voted to approve a safety standard banning such magnets outright, to sue Zen in Colorado for distributing previously recalled products (purchased from Star Networks), and engage in the underlying administrative litigation to force a recall of the Zen SREMs.

Should the Commission set aside Judge Metry’s opinion and order the full recall of these magnets, Zen can appeal to the federal Court of Appeals.  A second appeal is a long time away and a further expenditure of time, energy, and resources on the part of Zen.  However, while Zen still has a long road to travel to final closure, this administrative case shows that the CPSC can be challenged, with at least initial success, on recall determinations.  Although the makeup of the Commission has changed over time, its direction on this issue has remained consistent.

Relatedly, in an earlier post we wrote about a federal court’s decision to enjoin Zen from selling repackaged high powered magnets originally imported by a company who later agreed to a CPSC recall.  Because it is illegal to sell a recalled product, the CPSC argued that Zen had broken the law and the federal judge who heard the case agreed.

In the wake of Judge Metry’s ruling, Zen filed a motion asking for reconsideration of the court’s Order.  Zen argues that the court should consider Judge Metry’s finding that a product’s design, manufacture, marketing, packaging and warnings, define what a product is.  Based on that logic, Zen asserts that the repackaged products it sold (which incorporated magnets purchased from Star Networks) were factually and legally different from the Star Networks products that were the subject of Star’s recall.

The CPSC has opposed the Motion, and has additionally requested that the Court levy a “substantial” civil penalty against Zen Magnets for knowingly violating the CPSA that is near or at the maximum penalty allowed under the statute ($15,150,000).  We will update our readers on further developments in that related but separate litigation.