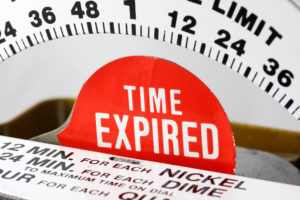 After filing a Section 15(b) report and conducting a recall with the Consumer Product Safety Commission (“CPSC”), it is not uncommon for a company to wonder whether it timely filed its report under the Consumer Product Safety Act (“CPSA”). A question sometimes asked of us is how much time must pass before the company can feel confident that the agency is not going to initiate a timeliness investigation or civil penalty action.

“Except as otherwise provided by Act of Congress, an action, suit or proceeding for the enforcement of any civil fine, penalty, or forfeiture, pecuniary or otherwise, shall not be entertained unless commenced within five years from the date when the claim first accrued.”

28 U.S.C. §2462 clearly states that any action must be commenced within five years. However, when a claim “first accrues” is less clear. Two companies, Michaels Stores (“Michaels”) and Spectrum Brands (“Spectrum”), are currently litigating civil penalty cases with the CPSC (see our previous posts here and here) and both cases involve the question of when a late reporting claim “first accrues” and the five year clock begins to run. Both companies cite to a recent Supreme Court decision addressing this issue. In Gabelli v. S.E.C., the Supreme Court found that the Securities and Exchange Commission (“SEC”) could not apply the “discovery rule” when bringing an enforcement action later than five years after the violation occurred and the claim “first accrued.” Application of the discovery rule would have allowed the government to delay the application of the five year statute of limitations until the SEC discovered (or should have discovered) the violation.

In the wake of Gabelli, a critical question has arisen about its application to the CPSC—when does a claim “first accrue” for a CPSC civil penalty enforcement action alleging a late reporting violation?

Michaels and Spectrum have both argued that the CPSC’s allegation in each case—that there was a specific point in time when the company obtained reportable information—also means that the claims against those companies “first accrued” on that date. In each case, the date cited by the CPSC for the initial reporting violation is more than five years prior to the CPSC’s initiation of a civil penalty court proceeding. Citing the Gabelli ruling, Michaels and Spectrum have each asserted that an enforcement action cannot be brought more than five years after the date CPSC alleges a company first violated the statute by failing to report and the lawsuits against them should therefore be dismissed.

In response, the CPSC has relied upon the “continuing violation” doctrine rather than the “discovery rule” disposed of by the Supreme Court in Gabelli. Under the continuing violation doctrine, the CPSC argues that the late reporting claim accrues each day the violation occurs and the five year statute of limitations does not begin to run until a company actually reports to the CPSC. Spectrum and Michaels have both opposed the application of the continuing violation doctrine to CPSC late reporting cases--citing Gabelli and other post-Gabelli cases among numerous other arguments.

The Status of Current Litigation

Spectrum and CPSC have fully briefed this issue in a motion for partial summary judgment pending before a Wisconsin federal district court. The court has not yet ruled but its eventual ruling (and any subsequent appellate decisions) will have a significant impact on the CPSC and companies that may face future civil penalty enforcement actions. Michael’s filed a motion to dismiss in a CPSC civil penalty case currently pending before a Texas federal district court. Although the court denied Michaels’ motion to dismiss, it is unclear whether the court’s decision in that case was a substantive ruling on when a claim “first accrues” under 28 U.S.C. § 2462.

The Impact of Each Possible Outcome