Under the Federal Arbitration Act (“FAA”), “a party may not be compelled . . . to submit to class arbitration unless there is a contractual basis for concluding that the party agreed to do so.”  Stolt-Nielsen S.A. v. AnimalFeeds Int’l Corp., 559 U.S. 662, 684 (2010).  The Eighth Circuit Court of Appeals recently sharpened that rule a bit to require “an affirmative contractual basis” to conclude that the parties agreed to permit class arbitration.  See Catamaran Corp. v. Towncrest Pharm., 2020 U.S. App. LEXIS 753 (8th Cir. Jan. 10, 2020) at *5.

The Eighth Circuit’s refinement of the Stolt-Nielsen formulation was ostensibly based on the more recent SCOTUS decision in Lamps Plus, Inc. v. Varela, 139 S.Ct. 1407, 1416-17 (2019), that “[n]either silence nor ambiguity provides a sufficient basis for concluding that parties to an arbitration agreement agreed to undermine the central benefits of arbitration itself;” that is, agreed to permit class arbitration.  See id. at *4.

The Eighth Circuit noted that other federal Courts of Appeals had determined that silence regarding class arbitration “generally indicates a prohibition . . . .”  Id. at *5.  Consistent with the Supreme Court’s analysis, the Eighth Circuit opined that silence regarding class arbitration is an insufficient basis for finding an agreement to permit it because “there are fundamental differences between individual and class arbitration . . ,” id. at *5, including, among other things, “due process concerns . . . because [class arbitration] adjudicates the rights of absent parties,” id. at *5-*6.  Consequently, the Court of Appeals indicated, it cannot be inferred that silence on the subject signifies contractual consent to class proceedings.  Id. at *6, citing Stolt-Nielsen, 559 U.S. at 687.

The pharmacies furthermore argued that the authorization of class arbitration may nonetheless be implicit in some instances, and that the arbitral agreements in this case indeed implicitly reflected such an authorization.  Id. at *7.  In that regard, they submitted (i) that one attorney-in-fact had brokered and executed the two commercial agreements in question on behalf of all of the pharmacies who were bound by those agreements; (ii) that the arbitration provisions in question were broad; and (iii) that the commercial agreements referred to all of the pharmacies as if they were a single entity.  See id. at *8.

It is arguable that the critical fact in this case was its procedural posture.  The Eighth Circuit had previously determined that the class arbitrability issue was not delegated to an arbitrator, but required a determination by a court as a threshold matter.[1]  The court was then required to adhere to SCOTUS’s teachings in Stolt-Nielsen and Lamps Plus.  An arbitrator, on the other hand, might have in effect ignored or misapplied those decisions, and a court subsequently reviewing the resulting arbitral award would have been required to give great deference to the arbitrator’s decision, even if incorrect as a matter of law.  (Compare this decision with, e.g., the Jock v. Sterling Jewelers saga in the Second Circuit.)

Finally, this decision seems to inch closer to a simple rule that the parties’ consent to permit class arbitration must be express and explicit in an arbitration agreement if it is to be enforceable.

[1]  This was not the Eighth Circuit’s first meeting with the Catamaran case.  In 2017, it ruled that class arbitrability was a threshold question that was presumptively for the court, rather than an arbitrator, to decide, and that the arbitration agreements in question did not delegate that question to an arbitrator.  See 2020 U.S. App. LEXIS 753 at *3, citing Catamaran Corp. v. Towncrest Pharm., 864 F.3d 966 (8th Cir. 2017) (“Cat-1”).  Indeed, the Court of Appeals noted that its decision in Cat-1 reflected its view then that in light of the fundamental differences between individual and class arbitration, silence was insufficient grounds as well for delegating the class arbitration issue to an arbitrator.  Id. at *6-*7. Neither, evidently, was the adoption in the relevant arbitration agreement of the AAA’s Commercial Arbitration Rules sufficient in that regard. 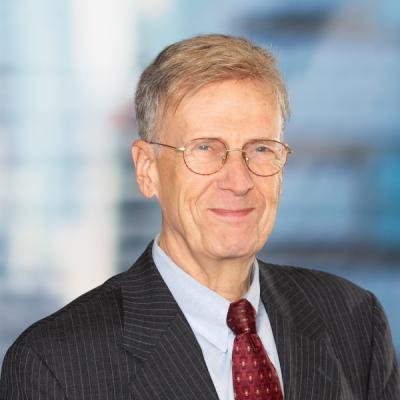