This Republican primary season has provided lots of fodder for political blogs, but it has also provided a few gems relating to -- what else -- trademark issues.    Now, U.S. copyright law is in the spotlight of the Republican primary campaign.  First, Republican presidential hopeful Mitt Romney is considering whether to pull a television ad that is comprised wholly of a 30 second clip from a January 21, 1997 episode of NBC's "Nightly News" program hosted by Tom Brokaw.  The Romney ad is entitled "History Lesson" and can be viewed here.  In the ad,  Brokaw announces the House Ethics Committee's decision to penalize then-Speaker Newt Gingrich.  The ad contains no other voiceover or images.  It ends simply with a Romney disclaimer ("Paid For By ....) and the statement that Romney approves the ad.  NBC has sent the Romney campaign a cease and desist letter, alleging that the ad constitutes copyright infringement.  Tom Brokaw has expressed that he is "extremely uncomfortable" with the use of his personal image.   Romney's campaign asserts that its use of the news clip  "falls within fair use" and, therefore, does not violate copyright laws.

Second, Romney's primary opponent in the race for the Republican nomination, Newt Gingrich, has copyright troubles of his own.  On Monday, Gingrich was sued in Illinois by a former member of the band Survivor (under the name "Rude Music") for his use of the song "Eye of the Tiger" at campaign events.  The complaint asserts that Gingrich is "sophisticated and knowledgeable” of federal copyright law, citing Gingrich’s tenure in the U.S. House of Representatives during which the Copyright Act underwent several revisions.  As evidence of Gingrich's further familiarity with copyright laws, Rude Music cites Gingrich's recent criticism of the Stop Online Piracy Act at the Republican primary debate in South Carolina.  During that debate, Gingrich is quoted in the complaint as saying: “We have a patent office, we have copyright law. If a company finds that it has genuinely been infringed upon, it has the right to sue.”  In the complaint, Rude Music seeks an injunction and unspecified monetary damages based on Gingrich's unauthorized public performances of the song.

Romney's and Gingrich's recent copyright troubles involve the defense of fair use.  So, what is that?  This defense to a charge of copyright infringement is provided in Section 107 of the Copyright Act.  Section 107  contains a list of the various purposes for which the reproduction of a work may be considered fair, such as criticism, comment, news reporting, teaching, scholarship, and research.   This provision sets out four factors to be considered in determining whether or not a particular use is fair:

In Romney's situation, NBC's position seems to be focused largely on the first factor -- its assessment that use of the news clip is commercial in nature.  The clip is used in a political ad that seeks, among other things, donations to fund Romney's campaign against Gingrich.  But Romney's campaign has stressed that it used only 30 seconds of a much longer broadcast and that it is using the clip for the content of the facts conveyed (regarding Gingrich's past ethics violations), not for the particular style of the delivery of those facts.  And Romney seems to be using the clip to comment on Gingrich's representations during the campaign regarding these past ethics violations.  The risk for the Romney campaign, however, may be the problem with reliance on the fair use in general, identified by the U.S. Copyright Office itself:  "The distinction between fair use and infringement may be unclear and not easily defined."  But maybe that's the point.  The Romney ad is certainly getting lots of attention due to NBC's assertion of a copyright infringement claim.

In Gingrich's case,  there are arguments for and against application of the fair use factors for both sides.  Again, because the songs are played at campaign events, there is an arguable commercial component to the use.  But there are also arguments about the use being political speech and commentary (given the theme of Gingrich's underdog status).  The case involves claims that arise frequently in the content of political campaigns (e.g., Jackson Browne sued John McCain in 2008 based on the candidate's use of the song "Running on Empty" in an ad mocking then candidate Barack Obama's energy policies).

Though common, most cases settle early so that we do not have a wealth of case law resolving this issue.

NBC and Rude Music have both expressed false endorsement and right of publicity concerns.  By using the NBC news clip, does the public believe that NBC and/or Brokaw endorse Romney?  Or does the band Survivor endorse Gingrich because Gingrich uses "Eye of the Tige" at his campaign events?  Clearly, this perception is a concern to Brokaw, who has stated that he does not "want [his] role as a journalist compromised for political gain by any campaign[.]"  In a world where journalists are perceived as favoring one political party or the other (e.g., Fox News or MSNBC) and musicians take sides in political fights (e.g., Springsteen endorsing Obama or Wayne Newton endorsing Bachmann), such a claim may have legs. 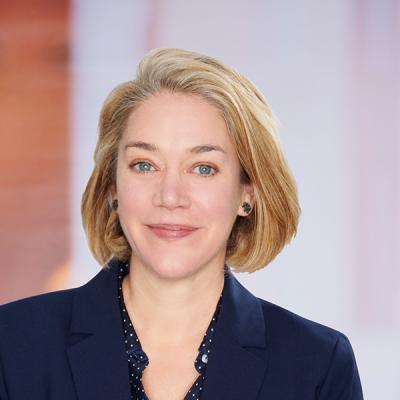