Merger agreements often contain ancillary provisions that seem acceptable to the parties in the context of what they are obtaining from the transaction—and those provisions often do not get a hard look by antitrust legal advisors when the transaction is not reportable under the Hart-Scott-Rodino Antitrust Improvement Act of 1976 (“HSR Act”). As the Federal Trade Commission’s (“FTC”) most recent merger case demonstrates, those ancillary provisions can come back to haunt the parties.

On April 2, 2013, the FTC announced a proposed consent order settling charges that a dominant producer of cast iron soil pipe (“CISP”) products substantially lessened competition in the relevant market through its 2010 acquisition of a competing “maverick firm.” The proposed settlement voids the confidentiality and non-compete provisions of the 2010 transaction, and includes an unusual remedy that would require notification to the FTC of all future acquisitions. These remarkable remedies suggest caution regarding the use of these commonplace, ancillary transaction provisions, especially by firms with substantial market power, even in transactions that are not reportable to the federal antitrust agencies.

The CISP industry supplies components for pipeline systems used in constructing wastewater, sewer, plumbing, and storm drain systems. The FTC alleged that the market for the sale of CISP products in the United States is highly concentrated, with two firms making up 90% of all domestic sales in 2010. One of those two firms, the Charlotte Pipe and Foundry Company (“Charlotte Pipe”), acquired a small competing company, Star Pipe Products, Ltd. (“Star Pipe”), in 2010 for $19 million. Star Pipe entered the market in 2007 and had expanded its sales throughout the United States by 2010. The transaction was not reportable to the federal antitrust agencies under the HSR Act, which requires notification of certain transactions to provide the agencies an opportunity to review them for potential anticompetitive effects.

As part of the transaction, Charlotte Pipe and Star Pipe executed a Confidentiality and Non-Competition Agreement that prohibited Star Pipe and certain of its employees from competing with Charlotte Pipe in the CISP market in the United States, Mexico, and Canada for a period of six years. Additionally, Star Pipe was prohibited from disclosing the transaction to anyone, and instead had agreed to send letters to its customers simply indicating that it had decided to exit the business

The FTC alleged that the transaction, in conjunction with the confidentiality and non-competition agreement, violated Section 5 of the FTC Act and Section 7 of the Clayton Act by (i) eliminating actual, direct, and substantial competition; (ii) substantially increasing the level of concentration in the relevant markets; (iii) eliminating a maverick firm; (iv) increasing the ability of Charlotte Pipe to unilaterally exercise market power; and (v) preventing Star Pipe and certain of its employees from re-entering the CISP market for six years.

The FTC’s proposed consent order includes several unusual remedies. First, Charlotte Pipe would be required to notify the FTC for a period of 10 years of any direct or indirect acquisition of any interest in any company that produces CISP products sold in the United States, and of any acquisition of assets used in the production of CISP sold in the United States, if such acquisition is not otherwise reportable under the HSR Act, and wait 30 days before closing such transaction. Second, Charlotte Pipe would be prohibited from enforcing the 2010 confidentiality and non-competition agreement against Star Pipe. Finally, Charlotte Pipe would be required to notify its customers in writing and through its company website of the FTC Consent Order, and of the voided confidentiality and non-competition agreement with Star Pipe.

The FTC is accepting comments to the proposed consent order through May 2, 2013. The lesson for parties entering into a transaction, even non-reportable transactions, is to seek counsel for antitrust review of the proposed agreement and all ancillary provisions. 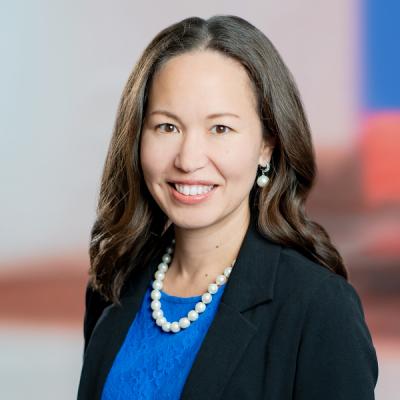