Last week we posted a summary of the Second Circuit’s decision in SEC v. Citigroup Global Markets, Inc. This week, as a follow-up, we pose the following five “yes or no” questions and provide responses as a way to further dive into the decision and its potential impacts.

(1)  Does this decision affect the SEC’s previously announced initiative on requiring admissions in some settlements?

No.  The Second Circuit’s decision should have little impact on the SEC’s previously announced initiative to seek more admissions as part of settlements.  That initiative was not likely driven by the original district court decision; rather, it was likely motivated, at least in part, by criticisms that the agency has been too lenient in settling actions, especially those having to do with the financial crisis.  The district court’s decision was simply a manifestation of this broader perceived criticism that the SEC is still likely interested in addressing through its selective admissions initiative.

(2)  Did the Second Circuit incentivize the SEC to bring less-detailed settled complaints?

(3)  Will the SEC bring less-detailed settlements?

No.  Despite the incentive to do so (discussed above) and the extremely limited judicial scrutiny of its settlements, the SEC will still likely continue to include the same level of detail in its settled complaints as it has done in the past.  This is because the SEC recognizes that the public allegations contained in its settled complaints often constitute the harshest consequence of any settlement, especially with regard to settlements with larger entities that would rather pay larger civil penalties than have more detailed allegations concerning their alleged conduct.  Moreover, despite the fact that the Second Circuit made it clear that the purpose of an SEC settlement is not to assist private litigants, several studies have shown that private securities class actions tend to settle for more money if there has been a prior SEC settlement (of course, these studies do not speak to the strength of any cause or effect).  So the SEC very likely sees this as a collateral benefit to having a more detailed complaint that could act as a roadmap for private litigants.

(4)  Did the Second Circuit provide any guidance as to what factors district courts should consider in assessing whether a settlement is in the “public interest”?

No.  This was one area where the Second Circuit provided little guidance to district courts other than stating that the SEC’s determination of what is in the public interest requires “significant deference.”  But the Second Circuit made it clear that district courts still need to consider this issue and “[f]or the courts to simply accept a proposed S.E.C. consent decree without any review would be a dereliction of the court’s duty to ensure the orders it enters are proper.”  The only small measure of guidance the Second Circuit decided to provide on this issue was that it critiqued the district court’s definition of public interest as “an overriding interest in knowing the truth.”  This criticism may have been prompted by a suggestion by one amicus brief that the district court did not go far enough and that the public interest required disclosure and examination of the investigatory materials the SEC gathered in the case.

(5)  Is there any opening for district courts to exercise any type of discretion?

Yes, in some subtle ways.  For example, the Second Circuit did not foreclose the ability of district courts to request additional information from the parties in order to assess a settlement, and stated that such requests may be necessary in some instances.  Then there is the curious matter of the very first footnote in the decision that suggested the familiar four-factor test a litigant must satisfy when seeking a permanent injunction must be satisfied.  The Second Circuit noted that “[t]he district court did not address, and the parties do not brief, whether the [four] factors were satisfied here.”  Reference to this four-factor test is curious for at least three reasons: 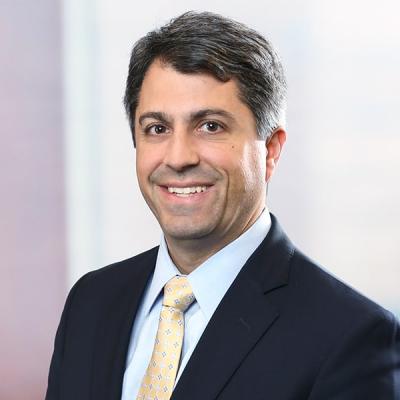