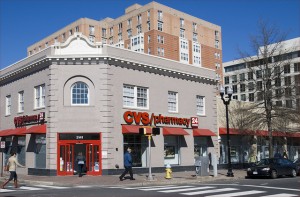 Last month, we reported that an Illinois district court judge threw out the EEOC’s controversial lawsuit against CVS seeking to invalidate its severance agreements. The judge there did so and promised to follow up with a written opinion. That opinion has now arrived, but it’s not the one that we hoped for. Rather than address whether CVS’s standard severance agreement violated its employees’ rights under Title VII, Judge Darrah focused solely on certain procedural shortcomings; namely, that the EEOC had failed to engage in any conciliation prior to bringing the lawsuit.

Under section 707(e) of Title VII, the EEOC must follow certain pre-lawsuit procedures that are contained in section 706. Such procedures include an effort to conciliate before filing a lawsuit. While the EEOC argued that it did not have to engage in conciliation because it brought a pattern or practice lawsuit under section 707(a) rather than 707(e), the court found this distinction to be unpersuasive.

The ruling did not, however, discuss the substance of the EEOC’s claim, and it leaves open the question of whether provisions in a standard severance agreement can constitute a pattern or practice of resistance to Title VII. That question may eventually be answered by the U.S. District Court for the District of Colorado in EEOC v. CollegeAmerica Denver, Inc., but until then employers should continue to review their severance agreements to ensure employees completely understand how the agreement affects their rights.