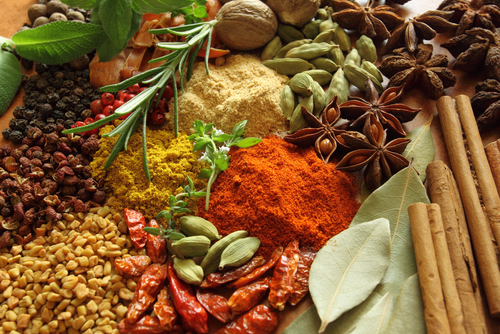 On October 20, 2014, FDA reached a settlement with the Center for Food Safety (“CFS”) in litigation pending in the U.S. District Court for the District of Columbia.  This litigation is related to FDA’s rule for food additives that are “generally recognized as safe” (“GRAS”).  In 1997, FDA issued its proposed GRAS rule, under which manufacturers could notify FDA that a food additive was generally recognized among qualified experts as safe under the conditions of its intended use.

Once manufacturers submitted this notice, called a “GRAS exemption claim,” they could market their products without receiving pre-approval from the agency.  FDA instituted this procedure in 1998 under the terms of its proposed (not final) rule.  One basis for an exemption claim was that the food additive in question, such as sugar or gelatin, had already been designated as GRAS by FDA.  Even if FDA had not already designated the additive in question as GRAS, manufacturers could petition FDA to designate the additive as GRAS based on published studies, and FDA would then decide whether the additive was safe based on manufacturers’ assertions and cited studies.

In February 2014, CFS filed a lawsuit against FDA, amended in March 2014, in which CFS alleged that FDA’s GRAS procedure violated the Administrative Procedure Act (“APA”), which governs agency rulemaking.  CFS argued that because the GRAS rule was never actually finalized and never went through the requisite notice and comment period, it violated the APA.  CFS also alleged that FDA had endangered consumer health and safety by allowing manufacturers to market potentially unsafe food additives that FDA did not adequately examine before the products hit the market.

On May 14, 2014, FDA filed a motion to dismiss the action on the basis of CFS’s failure to demonstrate concrete rather than speculative injuries, CFS’s lack of standing, and the affirmative defense of statute of limitations, among other arguments.  Approximately one week after FDA filed its motion to dismiss, the parties requested a stay in order to pursue settlement negotiations; the district court granted this stay.  The parties reached a settlement on October 20th.

As detailed in CFS’s press release, under the parties’ settlement agreement, FDA must make a good faith effort to finalize its GRAS rule by August 2016.  If FDA does not meet this deadline, CFS may ask the court to order FDA to fulfill its commitment under the settlement agreement.  FDA has not yet publicly commented on the GRAS rule settlement. Donna Solen, counsel for CFS, stated in the company’s press release:

“[t]his is a major victory for consumers and the public. . . . The settlement vindicates the public’s right to participate in the rulemaking process, and a final rule gives the public the right to challenge FDA on its GRAS system.  The safety of our food supply will benefit as a result.”

In recent years, FDA has received an influx of consumer complaints regarding food additives.  These complaints claim that additives cause health issues such as asthma attacks and gastrointestinal diseases.  Due to this influx of complaints, FDA’s GRAS system has been increasingly under fire for not being robust enough to protect consumer safety.

For example, the Washington Post recently detailed potential issues with carrageenan, a seaweed extract long ago recognized by FDA as GRAS.  Carrageenan is now widely used in many different types of food products in a way that FDA likely did not foresee when it first designated the additive as GRAS in certain amounts, and some have raised concerns regarding the safety of carrageenan in the amount in which it appears in a typical American diet.  Indeed, recent studies funded by the federal government indicate that this widespread use of carrageenan may be causing various gastrointestinal disorders.  FDA, however, has continued to list carrageenan as GRAS because other studies indicate that the additive is generally safe for consumption.

Because the agency has not yet communicated to the public whether and how it might alter its practices, and because the notice and comment period for the new GRAS rule has not begun, it is unclear how much more robust FDA’s final GRAS system will be.  It is clear, however, that the agency must consider how it will define “generally accepted as safe” in the future and how it will balance the burden on FDA’s resources in determining whether food additives are safe with the burden it may place on manufacturers in providing evidence demonstrating that their additives are safe.  Although FDA’s final GRAS rule will not take effect until 2016 at the earliest, manufacturers should be on the lookout for changes to the current list of additives designated as GRAS and to FDA’s procedures for pre-market approval for food products that contain additives.