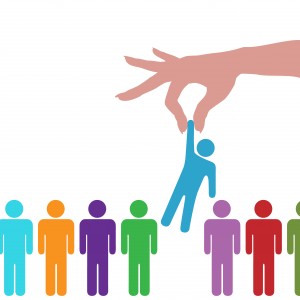 In recent years, we've noticed a new maneuver that class-action defense counsel have increasingly added to their playbooks: The Pick Off.  This is how the play is run: Offer the named plaintiff(s) full relief through a Rule 68 offer of judgment and, even if the plaintiff(s) reject the offer, argue that the fact that they were offered full relief nevertheless moots the case and requires dismissal.

For reference, Rule 68 of the Federal Rules of Civil Procedure allows a defendant to "serve on an opposing party an offer to allow judgment on specified terms, with the costs then accrued."  If the plaintiff rejects the defendant's Rule 68 offer of judgment and the judgment ultimately obtained by plaintiff "is not more favorable than the unaccepted offer," then the plaintiff is liable for any costs the defendant incurred after the offer was made.

The Supreme Court effectively green-lit the Pick Off in its 2013 Genesis HealthCare Corp. et al. v. Symczyk decision.  In Genesis HealthCare, the defendant in a Fair Labor Standards Act (FLSA) collective action made a Rule 68 offer of judgment to the named plaintiff, which she rejected.  Defendant then moved to dismiss for lack of subject-matter jurisdiction on the basis that the Rule 68 offer of complete relief on plaintiff's damages claims deprived her of a personal stake in the outcome of the case and rendered the action moot.  The district court and Third Circuit both agreed with the defendant that the individual plaintiff's claim was mooted by the Rule 68 offer.  The Third Circuit, however, held that the collective action was not moot and that the defendant could not "pick off" the named plaintiff with a Rule 68 offer before a certification decision ripened.

Resting on the assumption that the named plaintiff's individual claim was moot--on which both the district court and Third Circuit agreed--the Supreme Court held the plaintiff lacked any personal interest in representing others in the collective action.  Thus, the case as a whole was not justiciable and had been properly dismissed.

The Genesis HealthCare decision left unanswered a critical question: whether a rejected Rule 68 offer that fully satisfies the plaintiff's claims is sufficient by itself to moot the action?  Since Genesis HealthCare, the Circuits Courts have split on the issue:

Now Whole Foods Market, Inc. is testing the Pick Off in a consumer fraud class action in the U.S. District Court for the Southern District of Florida.  In a brief filed in Herazo et al. v. Whole Foods Market Inc., a proposed class action over allegedly deceptive packaging of Whole Foods 365-brand homeopathic products, Whole Foods informed the court that last month it had sent each of the four named plaintiffs Rule 68 offers of full relief which, even if rejected, make plaintiffs whole and moot their claims.  Specifically, Whole Foods had offered the plaintiffs $20 for products that cost them between $6 and $10.

It will be interesting to see how the Pick Off will fare in the consumer fraud class action context, versus the FLSA collective action context in which it is typically invoked.  Just how receptive will the Judge in Herazo be to such a strategy?  You'll know when we know...