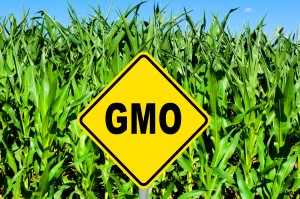 A vote by European Union (EU) lawmakers in mid-January gave individual governments within the 28-nation bloc the authority to decide whether genetically modified organisms (GMOs) can be grown and cultivated within their borders.  The move will give individual member states the ability to prohibit or restrict the cultivation of GMOs within their territory, even if the GMOs have been approved at an EU-wide level.  Under the current system, member states may only restrict GMO cultivation within their territory if they present the European Food Safety Authority with scientific evidence concerning food safety.  The new law would expand this authority, allowing member states to regulate GMOs for reasons beyond food safety, such as socioeconomic and environmental concerns.

There is an adage that a good legal settlement is one in which no one leaves happy.  That certainly seems to be the case here as both sides of the GMO debate are unhappy with the EU legislation.  The pro-GMO camp argues that the law will allow member states to prohibit products approved by the European Food Safety Authority on non-scientific grounds and will interfere with both internal and external markets.  The anti-GMO camp views the law as flawed--one with myriad loopholes that will allow member states to sneak in GMOs and will create uncertainty in the market.  Whether the vote is a "good settlement" remains to be seen.

Indeed, the GMO situation in the EU mirrors the United States' own GMO quagmire, which we've written about in this space.  Just as regulation of GMOs on a state-by-state basis can give rise to legal and constitutional issues, so will a 28-nation patchwork of GMO regulations in the EU.  As of now, the EU legislation applies only to domestically grown GMOs and is, therefore, not applicable to imports.  If that were to change, however, US agricultural companies may have to deal with not just a 50-state patchwork of regulations, but an impossible-to-navigate web of regulations spun together by up to 78 separate and potentially-conflicting entities.  Down, down, down...