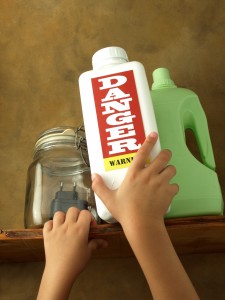 Last Sunday, during the Super Bowl, Nationwide Insurance ran a controversial commercial entitled “Make Safe Happen.”  The advertisement features a young child experiencing memorable moments growing up.  However, viewers are informed that the child would not actually experience these moments because he “died from an accident.”  The commercial then cuts to a series of [common] household accidents, all involving consumer products.   The commercial has been panned by many in the media as the “worst Super Bowl commercial in history.”

We could not disagree with these critics more.  Although the commercial was certainly a “downer” and pulled at the heart strings during an otherwise festive event, Nationwide Insurance should be applauded for raising the safety consciousness of the largest viewing audience in television history (114.4 million viewers).  The Super Bowl was the perfect opportunity to run such an impactful piece.  The fact that so many people are talking about the commercial one week later only underscores its value.

Simply put, every scenario in the commercial in which a child has died as a result of an accident in the home is real.  The good news, as the commercial states, is that these accidents are preventable.  CPSC Chairman Elliot Kaye stated today:

“A conversation has been sparked this week that is long overdue.  The child safety ad that aired during the Super Bowl has a central message we should all agree upon: nothing is more important than protecting our children.  The fact that preventable injuries are still the leading cause of childhood deaths in the U.S. should motivate manufacturers of products and the parents who use them to do far more to protect children.  Children drownings, window blind strangulations, TV or furniture tip-over tragedies, and household chemical poisonings happen far too often in our homes, but need not.  The scenes shown in the ad are real and they are preventable.  We at the U.S. Consumer Product Safety Commission see this as a moment to focus on the ad's message and take the necessary and simple steps for child safety.  Even if one child is saved, because the ad led a manufacturer to make its products safer or prompted a family to install cabinet locks and cordless window blinds, anchor their TV and furniture, and sign their child up for swim lessons—then it will all have been worth it.”

These conversations are overdue and worthwhile, including discussing in each product category where the balance between individual consumer and manufacturer responsibility is properly found.  These are hard questions and issues.  We hope that the Commission initiates more of these conversations and this opportunity is not lost.

We also agree with former CPSC Commissioner Nancy Nord’s statement on her blog in support of the commercial and similar statements of support from consumer advocacy groups Kids in Danger and Safe Kids Worldwide.

We wonder whether there would have been such strong criticism if the commercial highlighted childhood diseases instead.  Why are household safety concerns not equally important?