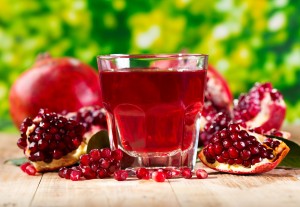 In part two of this two-part series, we explore two critical takeaways for those facing potential government intervention: (1) the implications of the Court’s deference to the Commission, and (2) whether a substantive disclaimer is a silver bullet to avoid agency scrutiny (or, at least, an agency win).

To briefly recap, the District of Columbia Circuit Court of Appeals handed the Federal Trade Commission a critical win on January 30, 2015 by affirming the Commission’s January 2013 decision holding POM Wonderful LLC in violation of the FTC Act for its deceptive advertisements alleging pomegranate juice and supplements could treat, prevent, or reduce the risk of heart disease, prostate cancer, and erectile dysfunction.  The decision shows the continued reach of the FTC into the scientific bases for health-related advertising, the extensive deference courts give to the agency’s expertise, and that substantive disclaimers may be the only way to avoid liability.

The Court’s repeated deference to the Commission on both the facts and the law demonstrates the influence that the Commission’s internal adjudicative process has on the outcome of a case.  Without conducting an independent analysis and instead relying almost entirely on the agency’s determinations, the Court only serves to augment the agency’s expanding reach into health-related advertising cases.

The Court reaffirmed its prior holdings granting deference to the agency in fact finding and the Commission’s adjudicatory decisions.  The Court stated that the factual findings of the Commission were “conclusive,” that whether the ad was an efficacy ad or establishment ad was “a question of fact the evaluation of which is within the FTC’s peculiar expertise,” and that the Commission’s legal conclusions need only be “supported by substantial evidence on the record as a whole.”  The Court recognized that the Commission’s findings, so long as they are supported by the evidence, are binding, noting that the agency is often more capable of determining when an ad is “deceptive” within the confines of the FTC Act.  This highly deferential standard on both the facts and the law essentially adopts the Commission’s findings without independent review.

At one point, the Court confirmed that the law “does not permit the reviewing court to weigh the evidence” but only to determine whether it supports the legal conclusion.  This essentially provides the Commission with carte blanche to enforce the FTC Act against potentially deceptive advertisements with little oversight.  It is unlikely the agency would rather seek a federal district court for its initial enforcement efforts when its internal adjudicative process can yield such positive results with less risk of an unfavorable decision.  Such a standard makes the FTC’s administrative “home court advantage” even stronger and even more challenging for those facing investigation and administrative proceedings before the Commission.

Despite an otherwise overwhelmingly favorable outcome for the Commission, industry was given some significant guidance that substantive disclaimers may allow advertisers to trumpet health-related claims without requiring randomized and controlled human clinical trials (RCT).

Though the Court made it more difficult for advertisers to soften the language in order to avoid FTC scrutiny, it provided another mechanism for asserting health-related claims.  Calling a study “preliminary” or “initial” is no longer sufficient; instead, a “substantive disclaimer” may be required, such as a statement that “evidence in support of this claim is inconclusive.”  But the Court allowed a gaping exception that companies “still may assert health-related claim[s] backed by medical evidence falling short of an RCT if it includes an effective disclaimer disclosing the limitations of the supporting research.”

One of the Court’s main complaints with POM’s advertising was that it cherry-picked favorable studies without reference to more scientifically stringent studies with opposite outcomes.  By adequately describing the deficiencies of the product, companies can avoid shelling out for expensive clinical trials to substantiate its advertising claims.  This will allow companies seeking to compete in a market increasingly focused on fitness to tout the health benefits of their products while successfully avoiding agency second guessing.

For more information on this decision, please read the Antitrust Alert at Mintz.com.