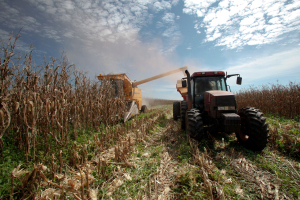 Coming on the heels of the reintroduction of the Genetically Engineered Food Right-to-Know Act, on March 3, 2015, the New York State Assembly Committee on Consumer Affairs and Protection voted 9 to 6, with one abstention, to pass bill A.617, which would require food made with genetically modified organisms (GMOs) to be labeled as such.

A.617, titled “An act to amend the general business law and the agriculture and markets law, in relation to the labeling of genetically modified foods,” would require labeling for raw agricultural commodities, processed foods, seed, and seed stock produced with genetic engineering.   The bill also details the penalties for misbranding and sets forth various exemptions to the GMO labeling requirement.

Under this proposed law, any food for human consumption, seed, or seed stock offered for retail sale in New York is misbranded if it is entirely genetically engineered or partially produced with genetic engineering and that fact is not clearly and conspicuously disclosed on the product’s packaging.  Fines for misbranding are a civil penalty of not more than $1000 per day, per product.

Any person, firm, corporation, or other legal entity may be held responsible for false labels and misrepresentations, but retailers are not subject to penalties unless:

Other exemptions include:  products that were grown, raised, produced, or derived without the knowing and intentional use of GMO seed or food if the manufacturer provides a written statement in support of this lack of knowledge and intent; alcoholic beverages that are subject to regulation by the Alcoholic Beverage Control Law; food that has been lawfully certified to be labeled, marketed, and offered for sale as “organic” pursuant to the Federal Organic Foods Production Act of 1990 and the National Organic Program Regulations promulgated by the U.S. Department of Agriculture; and food that is served, sold, or otherwise provided in any restaurant, food facility, or food retailer that is engaged in the sale of food prepared and intended for immediate human consumption.

This proposed statute bears a striking similarity to the statewide GMO labeling bill rejected by California lawmakers in 2014, with nearly identical definitions and safe harbor exemptions.  Unlike the proposed California law, however, New York would enforce the law through civil penalties issued by the State Department of Agriculture and markets rather than through an injunction sought by the State Attorney General to stop continued violations of the law. Further, unlike Connecticut and Maine's GMO-labeling laws, New York’s proposed law does not have a triggering requirement based on when a certain number of states approve related legislation.

If passed, New York’s GMO labeling law would take effect twenty-four months after it becomes law.  Significantly, New York would be the fourth state to approve a GMO-labeling law, which would then trigger Connecticut and Maine’s related laws.  New York’s GMO labeling law, however, will likely face legal challenges similar to the lawsuit filed by the Grocery Manufacturers Association seeking to rescind Vermont’s GMO-labeling statute.

The next stop for this bill will be the New York State Assembly.  Stay tuned to this space to see if New York joins Connecticut, Maine, and Vermont in passing a GMO-labeling law.