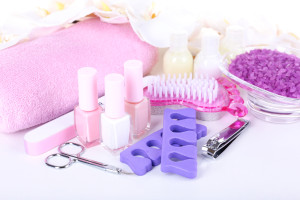 The “toxic trio” is a foreboding name some associate with common and seemingly innocuous manicures and pedicures. Salon workers suffer higher-than-average rates of birth defects, miscarriages, cancers, and skin afflictions stemming from their daily use of nail products, many of which contain potentially harmful chemicals. A New York Times exposé on the health conditions affecting nail salon workers has thrust this issue, which exists largely outside FDA’s authority, into the regulatory spotlight.

The toxic trio refers to the following three chemicals:

DPB is listed as a reproductive toxicant in Australia, and both DPB and formaldehyde will be banned from cosmetics in the European Union by 2016, but the trio is subject to limited regulation in the U.S. Manufacturers are allowed to use any non-prohibited ingredient in the formulation of a cosmetic, provided the ingredient and the finished cosmetic are safe under labeled or customary conditions of use. FDA does not play a part in determining safety of ingredients, which is the responsibility of companies that manufacture or market cosmetics.

The manicurist’s toxic trio is not alone as a beauty treatment containing potentially harmful chemicals. In 2014, Brazilian Blowout settled a $4.5 million class-action lawsuit alleging that two of the company’s hair smoothing products contained formaldehyde and other harsh chemicals, which Brazilian Blowout failed to disclose and affirmatively represented as absent in its labeling stating "contain[s] no formaldehyde" and "contain[s] no harsh chemicals.”

There has been a recent push to increase FDA’s regulatory authority over cosmetic products, including the introduction of the widely-supported Personal Care Products Safety Act, to the Senate in April (more here). If these efforts are successful, cosmetic manufacturers may soon be prohibited from using potentially harmful chemicals such as formaldehyde, DBP, and toluene in their products.