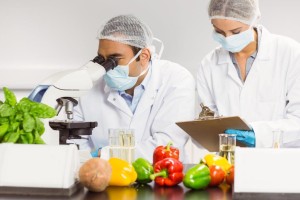 The final rule on Preventive Controls for Human Food creates and revises requirements for covered food facilities in three ways.  The final rule:

The final rule on Preventive Controls for Animal Food establishes new requirements for the production of animal food by registered food facilities.  Specifically, the final rule:

These rules come in the midst of a long fight on Capitol Hill over funding for FDA and FSMA implementation and enforcement. To date, Congress has been unable to reach an agreement that would provide President Obama’s requested FDA budget increase of $109 million for FSMA implementation in FY2016. This budget uncertainty hampers FSMA implementation. In the Senate Agriculture’s September 16 hearing on FDA food safety efforts, Michael Taylor, FDA’s deputy commissioner for foods and veterinary medicine, stated: "There is no good outcome if we get the partial funding because something significant will have to give, whether it's in whole program areas, simply delaying or disrupting, or just doing everything inadequately…There will be hard choices.” FDA is also stuck in FSMA-related disputes with farmers, who have concerns about duplicative requirements with Department of Agriculture oversight, as well as with food safety groups that want the agency to require testing of more processed foods and produce under the law.

These final rules and notices of the availability of the qualitative risk assessments will be published in the Federal Register on September 17, 2015 - an important date to keep in mind in order to accurately calculate compliance dates for your business as you work towards the new post-FSMA world.