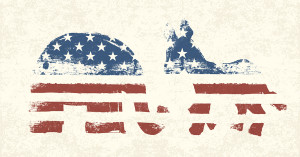 Donald Trump has become part of the national conversation.  Not a single day goes by now without Mr. Trump filling up at least one news cycle.  His recent success reminds me of a fantastic exchange in Private Parts when a researcher is explaining Howard Stern’s improbable success to the infamous Pi … let’s just call him Phil Vomitz:

Phil Vomitz: How can that be?

Researcher: Answer most commonly given? “I want to see what he'll say next.”

Phil Vomitz: Okay, fine. But what about the people who hate Stern?

Researcher: Good point. The average Stern hater listens for two and a half hours a day.

Phil Vomitz: But... if they hate him, why do they listen?

Researcher: Most common answer? “I want to see what he'll say next.”

Not surprisingly, not a single day also goes by without a workplace water-cooler (or better yet, chat room) conversation about Mr. Trump (or any of the other presidential candidates.)  It can run the spectrum from some friendly banter among co-workers, to a serious dialogue about the issues facing this country, all the way to a heated disagreement coupled with threats of violence.  And it begs the question: how can employers respond to employee political speech in the workplace?  This post addresses that issue.

Generally private employers can take adverse actions against employees based on their political speech, unless (i) the employer operates in a state or city that specifically protects employees against discrimination because of political speech, or (ii) the employees are subject to a collective bargaining agreement that does the same.  (The story is quite different for public sector workers, but we do not address them here.)

Many workers live in jurisdictions that provide at least some protection against political speech discrimination – typically in the form of protecting an employee’s political activities, expressions and/or affiliations.  But those laws come in all shapes and sizes, so employers must proceed carefully before banning political speech or disciplining an employee.  For example, Washington D.C.’s human rights law limits its reach to actual or perceived political affiliations only, while Seattle’s law is a bit broader, extending to one’s “political ideology.”  Wisconsin protects those declining to attend a meeting or to participate in any communication about political matters.

More often than not, these laws protect workers from discrimination because of their political activities outside instead of inside the workplace.  For example, with limited exceptions, Colorado law prohibits employers from firing someone because of their lawful off-duty activities, which includes engaging in political speech, and it also prohibits employers from making any rule prohibiting employees from engaging or participating in politics or running for office.  New York’s law protects employees engaging in certain “political activities” outside the workplace, during off hours, but it contains an exception where the employee’s activities would create a “material conflict of interest related to the employer’s trade secrets, proprietary information or other proprietary or business interest.”

There is no federal law that specifically protects employees from discrimination or retaliation because of their political activities, affiliations or expressions.  And the First Amendment is not much of a help as it only protects a person’s right to free speech from government interference, not from interference by private employers.

Therefore, unless you live in a jurisdiction that protects you, if the boss overhears you in the cafeteria campaigning for Team Trump or going haywire for Hillary, he or she can generally send you packing.

Political Speech May Invoke the Protections of Other Laws, However

Of course, it’s a bit more complicated than the above analysis indicates, and will only become more so as the primary, and then general election, season unfolds.  To explain, consider the following hypothetical.

Employees A and B are talking in the break room about the upcoming Democratic debate.  Employee A says to Employee B that Hillary is the only candidate who can deliver on increasing the minimum wage, and “maybe they’ll stop underpaying us here if that happens.”  Employee B disagrees emphatically, placing his bet on Bernie Sanders as the only viable candidate to get the job done, and eventually the conversation turns uncomfortably vocal such that Employee C, an older Hispanic woman, cannot help but overhear Employee B comment to Employee A that he fully expects Hillary Clinton to play the female victim card to stave off criticism about her e-mail scandal.  Employee D, who supervises Employees A, B and C, chimes in and enthusiastically sides with Employee B stating that women always do this, and that Employee A should really stop griping about her wages if “she knew what was good for her.”  Employee E, a senior executive, then gets in on the conversation by professing his love for Trump, including by echoing his views on immigration and in particular, Mexican immigrants, and then he goes on to say that he thinks Hillary is just too old to assume the Commander in Chief Position.  Meanwhile Employees F, G, and H are sitting there stunned with their turkey sandwiches in hand, saying to themselves “awwwwwkward!”

This hypothetical, drawn directly from The Cat in the Hat Comes Back: Workplace Edition, shows that while the employer doesn’t necessarily have a political speech problem on its hands, it may instead have sex, age, race and national origin discrimination and/or NLRA interference complaints coming its way – just from one spirited election-related conversation in the break room.  Yes, politically-related conversations often invoke passionate feelings on both sides of the aisle on issues ostensibly about public policy, but they also often touch on issues that may relate to someone’s membership in a protected class, leaving employers vulnerable to discrimination and other claims.

As we head into Super or SEC Tuesday and the (17-month+ long!) election season plods along, you should be asking yourself what level of political discourse do you want in your workplace.  Do you want everyone to keep their political opinions to themselves or do you want to encourage robust debate or somewhere in between?  Discussion of politics and campaigning in the workplace puts you on tricky terrain, and may lead to conflict among your employees and thus, wherever you fall on this spectrum, consider addressing these issues in your code of conduct or in your handbook, including more specifically in your anti-discrimination/harassment, complaint reporting, non-solicitation/distribution and social media and electronic use policies.  In doing so, remain mindful of certain laws like the state and local laws mentioned above and the National Labor Relations Act, which restrict your ability to limit certain politically-based conversations/activities in the workplace.

If you will tolerate political discussions in the workplace, consider whether it’s necessary during this election season to conduct workplace professionalism training seminars for all staff members to reduce the likelihood that a healthy debate will turn into a contentious or inappropriate one.  Or consider distributing an election-focused one-pager with helpful talking points.  For example, it may remind employees that a politically-laced, yet well-intentioned conversation, even between the best of friends, can quickly turn contentious, and thus, even though you are not banning such conversations, you are asking your employees to think twice before engaging in one.  Or if the employees do engage in such a conversation, they should be sensitive to others' beliefs and should not pressure anyone into discussing politics at work.  It also should remind them to utilize your complaint reporting mechanisms if a problem does arise from such a conversation.

Overall, employers should aim for outcomes where employees can engage in a dialogue about important issues, whether in person or electronically, during non-working hours while remaining respectful of others’ points of view and aware of key discrimination and labor laws.  Employees should also understand that they may be subject to discipline for failing to meet your standards of conduct regarding political discourse.  Taking this approach should allow employers to create realistic workplace social conditions, maintain employee morale, and reduce their exposure to a lawsuit.