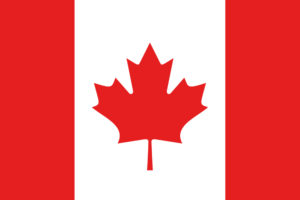 On March 11, Health Canada announced that it had assessed administrative monetary penalties under the Canada Consumer Product Safety Act (CCPSA) against company Orange TKO Industries (Orange TKO or the Company) of Calgary.  According to Health Canada’s press release, Orange TKO failed to comply with an order of the Minister of Health to recall an all-purpose cleaner that did not meet labelling and child-resistant packaging requirements for consumer chemical products.  This news is highly noteworthy as it is the first civil penalty known to us levied by Health Canada pursuant to Section 49 of the CCPSA.  Although Health Canada, unlike the CPSC, does not have the statutory authority to assess civil penalties for late-reporting violations, it does have the ability to penalize companies for failing to comply with other provisions of the CCPSA, including failing to comply with the Ministry’s orders.

Under Section 31(1) of the CCPSA, Canada’s Minister of Health has the power to order a manufacturer, importer, or retailer of a consumer product to recall a product if “the Minister believes on reasonable grounds that a consumer product is a danger to human health or safety.”  Likewise, Section 49 of the same statute provides that every person who contravenes an order that is made pursuant to Section 31 commits a violation and is liable to a civil penalty.

In the case of Orange TKO, on September 15, 2015, the Minister of Health ordered the Company to recall and stop sale in Canada of certain all-purpose cleaning products for failure to meet certain labelling and packaging regulations promulgated under Canada’s Hazardous Products Act.  According to Health Canada’s civil penalty announcement, Orange TKO allegedly did not comply with the September 15 Order.  Specifically, Orange TKO did not (1) timely provide a list of all products to Health Canada that the Company manufactured, imported, advertised and sold; (2) timely provide a list to Health Canada containing the names and addresses of the Company’s clients in Canada to whom it sold the subject product(s); and (3) timely complete and provide to Health Canada a recall notice as specified in the order.  The penalty assessed against the Company was 15,000 Canadian dollars per violation—a total in this case of 75,000 Canadian dollars.

Although there are some obvious differences between this civil penalty and those frequently assessed by the U.S. Consumer Product Safety Commission against American entities (typically, most civil penalties assessed against U.S. firms are for late-reporting violations, not failure to comply with an order of the Commission), American companies selling products in Canada should take heed.  As we have written about extensively, the CPSC has increased the number of civil penalties assessed against firms in the past year or so.  Perhaps Health Canada intends to follow the CPSC’s lead, under its specific regulatory framework, and do the same.  We will continue to keep our readers apprised of any further developments from our neighbors to the north.