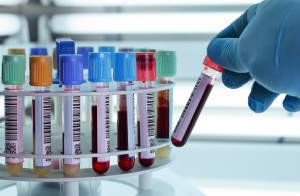 Last Friday afternoon CMS released its eagerly anticipated final rule (the Final Rule) implementing the Protecting Access to Medicare Act of 2014 (PAMA), which, together with the Final Rule, will make sweeping changes to the rate-setting process under the Medicare Clinical Laboratory Fee Schedule (MCLFS).  According to CMS estimates, Medicare Part B payments for clinical diagnostic laboratory tests (CDLTs) will decrease by $390 million in fiscal year 2018 when the repricing will take effect.  The Final Rule comes nearly nine months after CMS issued its proposed rule (the Proposed Rule) and long after PAMA’s statutory deadline.  Our previous coverage of the Proposed Rule is available here, here, and here.

In brief, PAMA requires CMS to update the MCLFS based on private payor rates for laboratory tests reported by “applicable laboratories.” CMS will set MCLFS rates based on the weighted median of the reported private payor rates, with limits on the amount that the rate for a particular test can be decreased each year.  As the first data collection period is already underway, affected laboratories should ensure that they have systems in place for gathering the requisite data and reporting to CMS in the first quarter of 2017.  Virtually every laboratory will need a system for collecting the required data because many laboratories are unlikely to know in advance whether they must submit a report to CMS.

The most important differences between the Final Rule and the Proposed Rule include:

Because data related to CDLTs will be reported to CMS every three years, the next reporting period will run from January through June 2019 with revisions to the CLFS made beginning January 1, 2021. Laboratories must report data related to ADLTs annually.

The Final Rule made significant changes to the definition of “applicable laboratory” and the incorporated the concept of a “reporting entity.” PAMA defines an “applicable laboratory” as a laboratory that receives a majority of its Medicare revenues under the MCLFS or the Medicare Physician Fee Schedule (MPFS).  Multiple commenters, including the American Clinical Laboratory Association (ACLA) (comments) and the American Hospital Association (AHA) (comments), expressed concerned that CMS’s proposal to define “applicable laboratory” based on an entity’s TIN would exclude hospital outreach laboratories from reporting, which the organizations felt would skew pricing considering the volume of Medicare Part B testing performed by those laboratories.  As noted by AHA, excluding hospital outreach laboratories would distort the payment data collected and lead to lower reimbursement rates.

CMS also revised the low expenditure threshold for defining an “applicable laboratory.” Under that threshold, a laboratory need not report if its MCLFS revenues received during the data collection period are less than $12,500, as opposed to the $50,000 threshold set by the Proposed Rule.  As further described below, this threshold does not apply to reporting related to ADLTs.

Additional Guidance on Information to Report

The Final Rule provides much-needed additional guidance to laboratories on how to categorize private payor rates for reporting purposes. As laboratories prepare for reporting beginning on January 1, 2017, they should review the Final Rule’s guidance carefully.  The chart below summarizes a few key points regarding what should and should not be reflected in the data reported to CMS:

CMS will publish a list of HCPCS codes for which laboratories must report private payor rates.  Reporting will not cover “not otherwise classified” or unlisted CPT codes.

The Final Rule also provides that the initial period for a new ADLT (i.e., the three quarters during which it is paid for by Medicare based on actual list charge amount) begins on the later of the date on which a Medicare Part B coverage determination for the test is made or the date on which CMS grants the test ADLT status.

In a press release issued not long after CMS released the Final Rule, ACLA sounded cautiously optimistic but made clear that its review is ongoing.   We agree that the Final Rule seems to have made a bad situation a little better given that the Final Rule included significant concessions consistent with comments submitted by ACLA and other interested groups.

CMS has promised that additional sub-regulatory guidance will be forthcoming. Laboratories should track this additional guidance carefully as CMS is notorious for using this venue – which doesn’t subject CMS to notice-and-comment requirements –to make under-the-radar policy decisions.  With only a little more than nine months until the reporting deadline of March 31, 2017, laboratories have limited time to digest this entirely new data collection and reporting system, which will profoundly affect the laboratory industry for years to come.