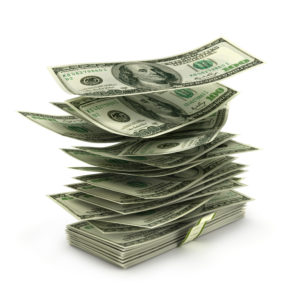 The civil monetary penalties for violations of myriad health care laws continue to rise. In June, we discussed the enormous increase in penalties under the federal False Claims Act (“FCA”).  Through an interim final rule, the Department of Justice nearly doubled the per-claim FCA penalty. The minimum per-claim FCA penalty increased from $5,500 to $10,781 and the maximum per-claim FCA penalty increased from $11,000 to $21,563. The FCA penalties nearly doubled because the Federal Civil Penalties Inflation Adjustment Act of 2015 (the “2015 Adjustment Act”) required federal agencies to update civil monetary penalties (“CMPs”) within their jurisdiction by August 1, 2016 to catch-up with inflation.

Because of the 2015 Adjustment Act, numerous other CMPs—in addition to the FCA—recently have increased or likely will increase.

First, as my colleague Ellyn Sternfield predicted, the Office of Inspector General (“OIG”) recently announced that it will review state false claims acts to verify that the state’s per-claim penalties utilize the increased federal FCA penalties. Under the Deficit Reduction Act of 2005, states receive a 10% increase in FCA recoveries if OIG determines that the state’s FCA, among other things, (1) is “at least as effective” as the federal FCA, and (2) contains a civil penalty amount at least the same as the federal FCA’s civil penalty. States have a two-year grace period to amend their state FCAs. Whether states are willing to double the amount of state FCA penalties remains to be seen.

Second, the Department of Health and Human Services (“HHS”) issued an interim final rule increasing the CMPs applied by all HHS agencies. The breadth of the amended penalties is staggering. The interim final rule includes a table entitled “Calculation of CMP Adjustments,” listing the affected provisions, the percentage penalty increase, and the new maximum penalty. The table spans 21 pages of the Federal Register, listing nearly 300 amended penalties.

Health care providers and suppliers should refer to HHS’s “Calculation of CMP Adjustments” table for the complete list of CMP increases. But to select a few examples, HHS will increase the CMPs for: