A celebrity should maximize the value of their brand by strategically monetizing every aspect of it.  For example, one who becomes famous through the recording industry would consider a career in front of and behind a television camera, through endorsement opportunities that are equity-based, along with employment and other business ventures. This is precisely the path taken by recording artists such as Will Smith and Queen Latifah.  Others, such as Michael Strahan, have taken a different path.  Strahan, a former pro football player, intelligently leveraged the NFL’s platform to build a successful on-camera television career, a television production company and numerous endorsement opportunities. This blog covers key considerations for a celebrity that seeks to avail herself or himself of ancillary revenue streams and how to go about protecting and preserving that brand.

For any celebrity, monetizing a successful brand requires that you develop, enhance and market your organic DNA and match it with brands with a substantially similar DNA. In many respects, you are who you are. A product is what it is. For the DNAs to work together, they have to match.

If you are uncharacteristically big, strong and powerful like LeBron James, Ezekiel Elliot or Kristaps Porzingis, you should be purposeful in pursuing opportunities that are consistent with those personal characteristics. Examples of those opportunities may be a Porsche, BMW or Dodge's RAM Truck. Those brands symbolize strength and power and, therefore, share the same DNA as the aforementioned celebrities.

If you are strikingly beautiful and graceful like Beyoncé, Jennifer Lopez or Skylar Diggins, you should pursue opportunities that match that DNA.  Examples of matching DNA may be found in clothing lines, makeup and fragrances.

The first steps for a celebrity that desires to monetize their brand is to assess their organic DNA, be purposeful about enhancing that DNA and marketing it to companies that sell products or services that share the same DNA.

WHAT ARE YOU ENDORSING?

Once the celebrity matches their DNA with that of a company, the objective is to maximize the brand. Because celebrities will be paid more for endorsing multiple products instead of just one, they should consider narrowing the scope of an endorsement obligation. For example, if an athlete intends to endorse only “sneakers,” the endorsement agreement should not say the athlete is endorsing “footwear.” An athlete who has unknowingly signed an endorsement agreement for footwear could find himself or herself obligated to endorse everything one wears on their feet: sneakers, shoes, boots, flip flops, etc. Unintentionally including these additional categories foreclose the athlete’s opportunity to be paid an endorsement fee for endorsing, by way of example, shoes in addition to sneakers.

The same applies to actors and musicians.  An actress that expects to endorse “makeup” should not allow the endorsement agreement to be so broad that it includes all products considered to be in the “glamour category”.  The “glamour category” arguably includes hair products and is beyond what is intended by the term “makeup”.  While this might not be problematic for the athlete, additional compensation is warranted for the additional products. Simply put, there is an opportunity cost associated with every micro-product or service that a celebrity endorses and celebrities should seek to be compensated for each area.

A company may tell a celebrity that although the product category in an endorsement agreement precludes them from endorsing a broad range of products, their practice has been to grant a waiver to allow the celebrity to endorse pretty much whatever they want. In the end however, the agreement says what it means and means what it says. Don't expect the endorsement agreement to be enforced any differently than what is written.

Companies that ask celebrities to serve as pitchperson typically require morals clauses in contracts, which give them the right to terminate an agreement in the event an athlete engages in conduct that contrasts with community standards of honesty or good morals (for example, convictions for DUI or use of banned substances).  It is understandable that a company would not want to continue its affiliation with a celebrity whose poor conduct has diminished the value of their brand. Similarly, celebrities must protect their brands against wrongdoing on the part of the companies (or their executives) they have agreed to endorse. For instance, if a celebrity is endorsing a product that has unintended health consequences, the celebrity may want to cease supporting the company. Including reverse morals clauses in an endorsement contract empowers a celebrity to terminate his or her agreement with a company in the same manner in which a company may disengage.

PROTECTING THE BRAND FROM ATTACK

Very often, unscrupulous individuals seek to attack celebrity brands. This may include everything from late night telephone calls threatening prosecution for a false sexual assault allegation to a claim that the celebrity figure allegedly offered to pay the claimant to abort an unborn child. There is simply no limit to the way in which individuals may seek to attack and, in some circumstances, extort the brand. An assessment has to be made on the validity of the claim.  At the same time, there is a critical step that must be taken as soon as the brand comes under attack.  Every reasonable step must be taken to make the brand unassailable.  The best way to achieve that is to quickly determine instances in which the claimant has been dishonest or misleading in matters relating to the celebrity. Armed with that information, the celebrity must swiftly utilize that information in court, in the media or such other strategically determined intended audience. 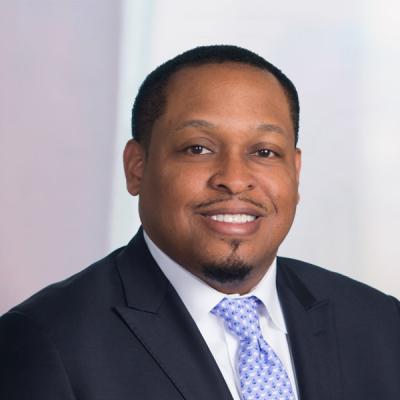 C. Anthony Mulrain is a Mintz Member who handles litigation matters for sports, entertainment, and media clients. His clients include professional athletes, entertainers, and sports agencies.