In July 2016, four players on the Minnesota Lynx WNBA team wore black shirts in support of the Black Lives Matter social justice movement. The WNBA fined the players, but later rescinded the fines. In August 2016, San Francisco 49ers quarterback Colin Kaepernick refused to stand during the national anthem protesting social injustice and police brutality. The NFL responded that “players are encouraged but not required to stand during the playing of the national anthem.” The teams’ and professional leagues’ responses to these acts of social activism reflects a level of uncertainty about the right response.

There are any number of reasons why a team or league may want to respond to an athlete’s social activism, including to maintain image or reputation, enforcing team or league norms, values, and expectations for players; or maintain good relations with other constituents, partners, or sponsors. Professional athletes’ exercise of their rights to speech, expression, and social activism are not new, either on or off the field. But teams and leagues are increasingly facing scrutiny by the media and the public to respond quickly and decisively to such acts.

How a team or league responds is not just a matter of form. Responding to a professional athlete’s social activism on the field carries a number of significant legal implications of which a league or team should be aware before it takes any responsive action, whether through a public statement, disciplinary decision, or termination. Below is an analysis of potential legal issues in responding to player social activism, and a guide for how to address acts of on-field social activism to avoid costly disputes or litigation based on the response.

The U.S. Constitution prohibits “state actors” from abridging freedom of speech. The NBA, NFL, MLB, NHL, NCAA, United States Olympic Committee, and other professional sports leagues and their member teams are private organizations, and therefore are not subject to the First Amendment claims from players generally. In rare circumstances, these entities can be deemed state actors if they are performing quintessentially public, governmental functions, but receipt of services or financial incentives from host cities is generally not enough to change a league or team’s status.

In contrast, public colleges and universities, high schools, stadiums that receive public funding and some high school athletic associations are bound by the Constitution, and must be particularly careful when their conduct may infringe upon a player’s First Amendment rights to freedom of speech and expression.

Most professional sports leagues have their own constitutions and collective bargaining agreements (CBAs) that set the parameters for player conduct. Leagues exercise a significant amount of control over athletes’ actions, and can punish both players and, in some instances, teams for players’ conduct. Courts generally will review a league’s determination for abuse of discretion or to determine if the determination was reached without regard to the league’s stated process.

The MLB, NBA, NFL, and NHL all vest their commissioners with broad discretion to discipline professional athletes in the “best interests” of the sport. However, this discretion is guided by more specific policies.

League policies on the national anthem demonstrate different approaches to directing players’ conduct in a scenario that inherently invites expressive activity by players:

These policies guide, and in some cases limit, whether a league or team can discipline a player for particular conduct during the playing of the national anthem at a game

How Should a League or Team Assess Its Response to a Player’s Conduct?

Before a league or team evaluates action relating to an athlete for social activism, it is critical that it take the following steps:

Assess where and when the act occurred. If the act occurred at a public educational institution or publicly funded stadium, there may be First Amendment implications for any disciplinary action. Courts have rarely found private professional sports leagues or teams to be “state actors”, and when they have, it has typically been with respect to policies or practices affecting the general public, not a particular athlete. Nonetheless, leagues and teams should be aware of and prepared for an enterprising argument that their relationship with state and local government is so significant that the First Amendment applies.

Consult the terms of the applicable CBA and any league rules, policies, or procedures incorporated therein, as well as the player contract.

After consulting all applicable agreements, determine the appropriate action and public messaging, if any, taking into account the potential consequences of disciplinary action. The suspension, fine, or termination of a player contract for activism may be permitted, as long as it is done consistently with applicable rules governing player conduct and is not targeted to prohibit certain forms of protected speech. However, teams and leagues should be aware of the ancillary effects of discipline, including termination: 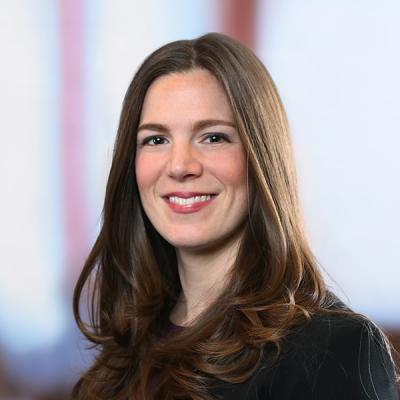