The Massachusetts Department of Public Health (DPH) Determination of Need (DoN) Program has unveiled proposed regulations that constitute an ambitious and, perhaps, long overdue overhaul of the DoN Program regulations. Attendees at the August 23, 2016 Public Health Council (PHC) meeting were anxious to get their hands on a copy of the much-anticipated proposed regulations, with a queue at the materials table reminiscent of a bookstore at the release of the latest Harry Potter novel.

As noted in the Informational Briefing Memorandum to the PHC, the proposed regulations are designed to revamp the outdated DoN regulations by aligning the DoN process with the Department’s overarching goals and purposes as well as other related processes within state government, including those of the Health Policy Commission (HPC), that are designed to regulate and monitor the Commonwealth’s health care delivery system.

Reflected throughout the presentation by DoN Program Director, Nora Mann, to the PHC is DPH’s overarching goal to bridge the gap between the current DoN regulations that utilize an outmoded health planning process focused on monitoring and controlling costs and expenditures while regulating capacity and access on a geographic distribution basis, and today’s evolving health care market. The DoN Program sees DPH’s role as balancing the needs of individual systems of care and the Commonwealth’s “health priorities” at the state and regional level.

The DoN Program is also trying to align its efforts with those of other state agencies with jurisdiction over the health care market, most notably the HPC. For example, DPH proposes to retool the process for transfer of ownership to a “streamlined, coordinated process” reflective of a “critical cross-agency collaboration” with the HPC’s notice of material change/cost and market impact review process.  Applicants seeking DoN approval for transfer of ownership will be asked to demonstrate how the proposed transaction would add measurable public health value.

Currently, the applicant for DoN approval is the provider/facility directly affected by the project (e.g., the community hospital seeking approval for a substantial capital expenditure to build a new emergency department). The proposed regulations define the applicant as the registered provider organization (a HPC term) of which the applicant is a part.  In this way, the DoN Program proposes to support successful health care reform, including efforts to transition providers towards greater risk.  These proposed changes reflect DPH’s desire to move its review process towards the ACO market, with incentives for value (controlled cost and improved quality) and greater risk sharing,

The DoN Program maintains that the proposed regulations will lift barriers to competition in several areas. Consistent with the findings of HPC’s report, Community Hospitals at a Crossroads, the DoN Program would lift its current policy not to accept DoN applications for new freestanding ambulatory surgery centers (ASCs), allowing for controlled expansion of ASCs by existing hospitals or joint ventures with existing hospitals.

Other areas of notable revision include a retooled review process concerning what has been known as new technology or innovative service. Under the proposed regulations, “DoN-Required Equipment or New Technology” will continue to include, at a minimum, magnetic resonance imagers and linear accelerators, with the goal of controlling spending on equipment and services that are evidenced to be significant cost drivers without a corresponding return on investment (or low value services).

While the regulations are specific to Massachusetts, DPH’s analysis of the history and evolution of DoN (often called certificate of need (CoN)) programs in several states is interesting reading. DPH notes that fourteen states have repealed or otherwise do not have CoN laws in effect.  Perhaps in response to those who would like to see Massachusetts eliminate or significantly cut back DoN review to allow market forces to shape the health care system through increased competition, the Presentation highlights data showing negative results from certain states that did away with their CoN programs, albeit from our DoN Program’s perspective as to why this review process remains relevant and valuable.

Finally, DPH is making an effort to streamline the DoN review process and regulations. Consistent with Governor Baker’s Executive Order 562, which directed all executive branch state agencies to review and, where possible, streamline, simplify and improve them, the proposed regulations cuts 40 pages of regulatory text (57% of current text) and DPH has made efforts to make the regulations more straightforward.

The written public comment period is open through October 7, 2016. Two public hearings are scheduled for September 21, 2106 in Boston, and for September 26, 2016 in Northampton.  In addition, in October 2016, DPH plans to convene public listening sessions to engage in community-level discussions on community health initiatives/health priorities. In October/November 2016, DPH also expects to hold public listening sessions and “expert panels” on the development of sub-regulatory guidance.

Because the DoN Program affects many different provider types with varying and often inconsistent interests public comment is expected to be robust and, indeed, began at the PHC meeting with several PHC members offering preliminary comments. PHC member Paul Lanzikos (appointed to the PHC by the Secretary of Elder Affairs) expressed concern that the proposed regulations pay scant attention to long term care services and asked that at least one session in the hearing process be devoted to long-term care.

Providers should carefully review the proposed regulations in light of potential immediate and long term effects on their organizations and the Massachusetts health care system as a whole. The coming months should produce interesting discussion and public debate as the DoN Program moves these proposed regulations forward. 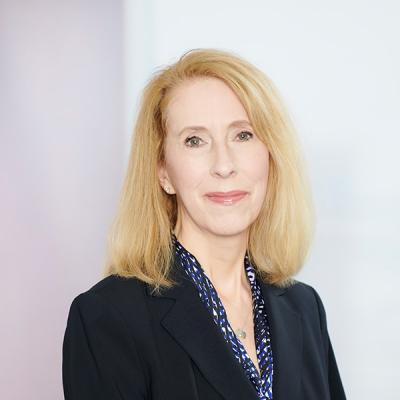