On August 23, 2017, the Department of Energy (DOE) released its “Staff Report to the Secretary on Electricity Markets and Reliability,” which was commissioned by U.S. Secretary of Energy Rick Perry in April to provide an assessment of the reliability and resilience of the United States’ electrical grid. The comprehensive report includes an overview of electric grid resources, identification of issues bearing on electricity markets, and several recommendations primarily focused on implementing pricing policies designed to support baseload resources.

The report comes after Secretary Perry expressed concerns over the retirement of baseload energy generation sources such as coal and nuclear, along with the potential broad-reaching threat to the reliability of wholesale electricity markets. Findings from the report suggest that price competition from cheap natural gas is mostly responsible for the retirement of coal and nuclear plants, while environmental regulations and penetration in the market by renewable energy sources play only a marginal role. However, contrary to Secretary Perry’s initial concerns, the report concludes that the retirement of baseload plants has not impacted grid reliability. In fact, evidence shows that by the end of 2016, the system had more dispatchable capacity capable of operating at high utilization rates than it did in 2002, indicating greater flexibility and reliability. While there is no immediate crisis, the continuing evolution of the grid and its changing resource mix will require vigilance to ensure sustained reliability.

The report is encouraging for wholesale electricity markets as well. Utilizing variable renewable energy for the grid makes bulk power cheaper and tends to stabilize prices. As the report notes, the wholesale markets are largely functioning as intended, providing low-cost, reliable power. As renewables constitute a growing proportion of the resource mix, changes to the markets might be necessary, as a market design prioritizing lowest marginal cost resources may be ill-suited for high penetration of zero-marginal cost renewable resources. The report identifies improved price formation and valuations of reliability and resilience-enhancing attributes as key changes that could be used to accommodate the evolving market.

Beyond market considerations, the report’s other official recommendations primarily focus on ways to improve overall grid reliability and resilience. The report suggests that the DOE focus research and development on advanced energy, work with other agencies to facilitate the development of the electricity sector workforce, and accelerate and prioritize infrastructure development, which would involve lowering the costs of improving existing coal plants, licensing and relicensing hydropower plants, and ensuring safety at nuclear facilities. 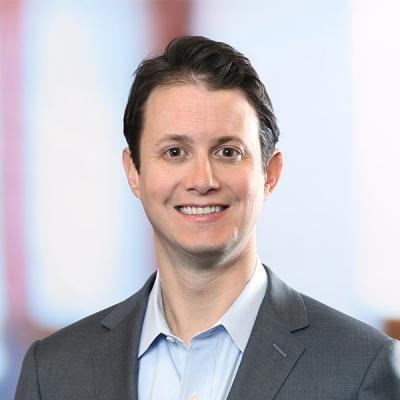 Benjamin D. Stone is an attorney with experience as an entrepreneur and executive. He counsels clients in a variety of transactions and corporate matters, with a focus on early-stage and emerging companies. Before joining Mintz, Ben was Managing Director & General Counsel at an investment firm.