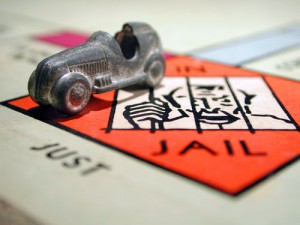 A recent federal decision has made clear that court-ordered recalls can have real teeth, not just for manufacturers but also their officers—especially when the court has reason to suspect a company’s execs are deliberately dragging their feet.

On Tuesday, September 2, the Northern District of Georgia held the CEO and a senior vice president of Hi-Tech Pharmaceuticals in contempt for their repeated delays in carrying out a court-ordered recall.  The court had issued the original recall order in May 2014, finding that Hi-Tech had run afoul of a long-standing injunction by continuing to make unsubstantiated weight loss claims about its dietary supplement products in violation of Sections 5 and 12 of the Federal Trade Commission Act.  Months later—and with the recall far from complete—the court ordered the executives jailed as a sanction.

Expressing concern that the execs were not implementing the recall in good faith, the court emphasized several facts justifying the harsh penalty:

The court explained that the execs would remain incarcerated until they could show that four conditions were met:

The court's reaction, severe as it may seem, didn’t exactly come out of left field.  The original permanent injunction barring Hi-Tech from making the advertising claims at issue was issued in 2008.  Five years later, in August 2013, the court found that Hi-Tech had resumed making the prohibited claims in violation of that injunction, before issuing sanctions and ordering a recall in May 2014.

The incarceration decision, in short, represented the culmination of a persistent pattern of non-compliance that had begun years earlier.  But the extreme fact pattern in this case should not obscure how important it is for companies to tackle every recall, voluntary or court-ordered, with a detailed plan and timeline for achieving compliance.