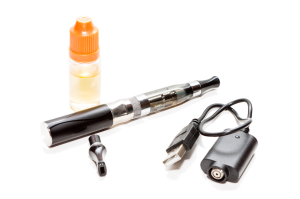 Last year, we wrote about legislative efforts on Capitol Hill to require the CPSC to implement a rule requiring childproof packaging for liquid nicotine containers.  Liquid nicotine typically refills the vials for e-cigarettes, which are rapidly gaining in popularity.  Recently, Senator Bill Nelson (D-FL), the Ranking Democrat on the Senate Committee on Commerce, Science and Transportation, reintroduced the bill known as the “Child Nicotine Poisoning Prevention Act of 2015” (S. 142) that would require the CPSC to promulgate such a rule.  Although the Food and Drug Administration (FDA) has jurisdiction over products that meet the legal definition of a “tobacco product,” the CPSC implements and enforces the Poison Prevention Packaging Act of 1970, which requires a number of household substances to be packaged in child-resistant packaging.

Similarly, Senators Nelson and Richard Durbin (D-IL) recently announced their intention to introduce a bill to seek tougher packaging standards for laundry and dish detergent packets commonly referred to as “laundry detergent pods.”  Like the e-cigarette bill, this legislation would require the CPSC to implement tougher safety standards for the pods’ packaging.  The pods, which are also increasing in popularity, come in colorful packaging which may be attractive to young children or mistaken for candy or juice.

Finally, and relatedly, the House Appropriations Subcommittee on Financial Services and General Government may hold a hearing next week with CPSC Chairman Elliot Kaye and Commissioner Ann Marie Buerkle to discuss the CPSC’s budget for the coming fiscal year.  We will provide more information upon confirmation.

We will continue to update our readers on legislative efforts on Capitol Hill that affect stakeholders within the product safety industry.