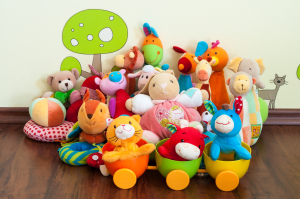 On April 7, Renee Dudley of Bloomberg News authored an article entitled “The Cheap Toys You Buy Your Kid Are Rarely Inspected.”  The article has been republished by major news publications and gained some nationwide attention.  Ms. Dudley’s article uses the tragic death of a toddler to argue that the American consumer product safety system is flawed because not every product is inspected by the United States government.  This is an incorrect conclusion based on a failure to garner and evaluate relevant facts about the overall state of consumer product safety in the United States.

Naturally, this story is being disseminated broadly and creates an unfounded fear, particularly in the minds of parents, that their children are in constant and imminent peril from common consumer products, particularly children’s toys.  This is, in fact, not the case.  The consumer products “economy" is safer and more protective than ever.  The CPSC itself recently reported:

The American system for product safety works very well albeit in a more complicated, multifaceted manner than the article’s simplistic model of tens of thousands of government inspectors opening up shipping crates, which is unrealistic even for the most authoritarian governments.  The safety system revolves first around an ever increasing emphasis on designing for safety and a series of mostly private arrangements in which compliance with product specific and more general safety standards are confirmed by independent, as well as company, laboratories and testing.  Compliance with this scheme is demanded by the highly safety conscious retail community and the alleged system failure described in Ms. Dudley’s article is the rare and tragic case rather than a common occurrence.

With respect to toys specifically, the CPSC has lauded the current toy safety standard, ASTM F-963.  While awarding the group of individuals who created this product safety standard the Chairman’s Circle of Commendation Award, former CPSC Chairman Inez Tenenbaum remarked:

“For 30 years, this group of men and women, from a variety of disciplines, has developed and shepherded the comprehensive toy safety requirements found in ASTM F963. This is one of the best toy standards in the world.”

CPSC cannot, will not, and should not be everywhere in the product safety and consumer product universe at all times.  But, it is the cop on the beat, the promoter of strengthened consensus safety standards and the place where market or corporate failures are dealt with through enforcement action or product standards.  Import surveillance, albeit never perfect or complete, has been brought to new heights of protectiveness with increased personnel, resources, technology and not-to-be-underestimated cooperation between agencies of the federal government, including the CPSC and CBP.

Consumers, particularly parents, need to be aware of the environment affecting their children and protect them.  But, they need not be overly concerned about the products that they purchase because there are mechanisms, standards, processes, laboratories, retailers, and tough government agencies in place to continually improve the safety of the marketplace.  While the safety system is not perfect (and never will be), overwrought articles like this one unnecessarily raise consumer alarm and do not serve the public interest.