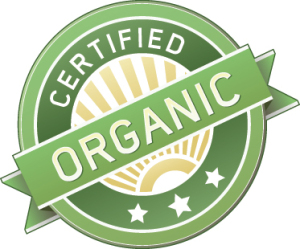 The USDA is facing a lawsuit in federal court stemming from its decision to unilaterally alter the process for exempting synthetic and non-organic substances used in producing organic food.  Until September 2013, substances on the National List of Allowed and Prohibited Substances--which identifies approved non-organic and synthetic substances that can be used in organic agriculture because organic counterparts are not available--would "sunset" or be removed from the list after five years, unless two-thirds of the National Organic Standards Board (NOSB) voted to keep the substances on the list.  Under the USDA's new policy, an exempt substance would be permitted to remain on the National List indefinitely, unless a two-thirds majority of the NOSB votes to remove the substance from the list.

On April 7, 2015, several organic food producers and consumer groups filed a suit in the Northern District of California alleging that the USDA's unilateral policy change, enacted without public comment or oversight, violated the Administrative Procedures Act and Organic Foods Products Act.  The coalition of 15 organic food producers and farmer, consumer, environmental, and certification groups asked the court to require USDA to reconsider its decision on the rule change and reinstitute the agency's customary public hearing and comment process.  According to the plaintiffs, USDA's revisions to the sunset provision threaten the integrity of the National Organic Program and lower the quality of organically labelled food.

Whether the court decides it has the jurisdiction in the first place and whether, assuming jurisdiction exists, the court would grant an injunction vacating USDA's rulemaking and mandating submission of the sunset provision to public comment remains to be seen...